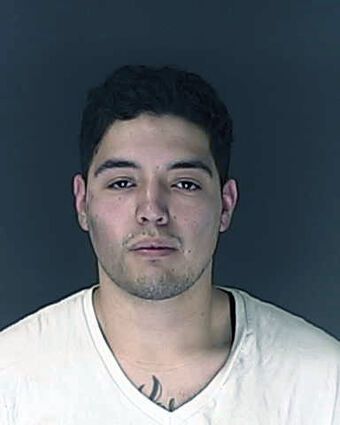 The El Paso County Sheriff's Office (EPSO) has arrested a man on a charge of attempted second-degree murder for a Jan. 23 shooting incident in the Lorson Ranch neighborhood.

At the time, the suspect -- 22-year-old Damian Garcia -- initially left the scene and attempted to gain access to Fort Carson, where he was detained.

The series of events began around 3 a.m. Jan. 23, when EPSO's Communications Center dispatched deputies to the 11000 block of Tiffin Drive, located south of Fontaine Boulevard near Grand Mountain School, in reference to a residential burglary in progress.

While the people inside the residence were trying to hide, they heard multiple gunshots outside their door. The surrounding neighbors also called 911 to report the hearing of numerous gun shots.

"The suspect left the area and recklessly drove away from the scene," EPSO reported.

Deputies responded to the address and found the front door, a window, and three vehicles struck by bullets. The people inside were nearly struck, but no one was harmed.

Garcia then attempted to get onto Fort Carson Army base; however, was detained.

Garcia was booked into the El Paso County Jail on the following charges: