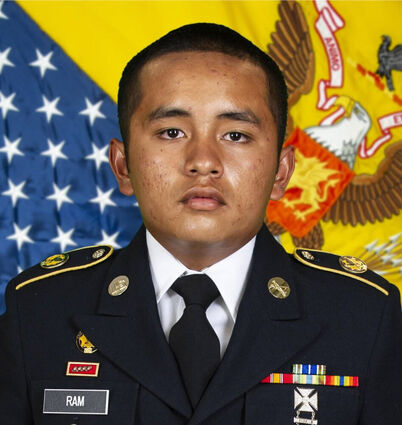 Spc. Alex J. Ram, 20, of Rancho Cucamonga, California, died Feb. 1, as a result of a non-combat related incident in Syria.

Sad news out of Syria: A Fort Carson soldier has died in what the Army described as a "non-combat related incident."

The Department of Defense announced today the death of Spc. Alex J. Ram, 20, of Rancho Cucamonga, California, who was supporting Operation Inherent Resolve. He died Feb. 1, and the Army says the incident is under investigation

"The passing of Spc. Alex Ram is an unfortunate loss for the entire Raider team," said Col. Andrew Steadman, 1st Stryker Brigade Combat Team, 4th Infantry Division. "We want to convey our heartfelt condolences to his family and friends during this time of mourning. Every Soldier fills an important role in the Raider Brigade, and losing Alex is particularly tough. He brought honor to the uniform and was not only an outstanding Soldier, but a loyal friend. Alex will be deeply missed."

Ram had received the following awards: