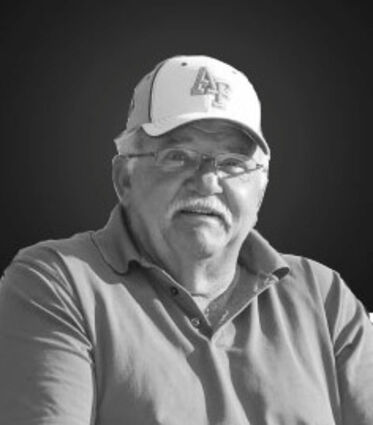 Dave was born May 11, 1944, and was lovingly raised by Eva "Nanny" and Ross "Gran" Chance of Littleton, Colorado. Following graduation from Bear Creek High School in 1962, Dave enlisted in the United States Marine Corps where he served in a forward position in the Vietnam War. He was honorably discharged with the rank of sergeant Sept. 1, 1966.

Dave enjoyed a successful career working for Weicker Moving and Storage where he received national recognition for his exceptional work as a sales manager. In 1984 he opened Coalson Trucking as an owner operator for Allied Van Lines special products division.

As a father, Dave's heart was most at home when spending time with his children. From little league through high school sports, to hunting deer, antelope, and pheasants, Dave cherished fatherhood.

On Dec. 31, 1990, he married Sandy Crosby and together they raised Sandy's children in their Fountain, Colorado, home.

To those who knew Dave, he was a giant of a man, strong, full of laughter, a jokester, and would never hesitate to lend a helping hand. He loved hunting with family, fishing with his brother Dick in Canada, and was an avid roper.

To the shock and awe of his grandkids, while in his 60s he could still execute a backflip into a swimming pool. Dave loved spending time with his friends, kicking off each day going to the "office" (local coffee shops), keeping the wait staff on their toes, and sharing plans for his annual "buddy" golf trip.

Dave will be laid to rest with full military honors at Fort Logan National Cemetery at 2:15 p.m. Thursday, Feb. 17. A celebration of life service will be held at Pikes Peak Church of Christ, 1402 W. Pikes Peak Ave., Colorado Springs, at 10:30 a.m. on Friday, Feb. 18.

In lieu of flowers, a gift in loving memory may be made to semperfifund.org in support of our combat wounded, ill, and injured veterans. We thank all our veterans for your service!