In Loving Memory of Jeanette Millar 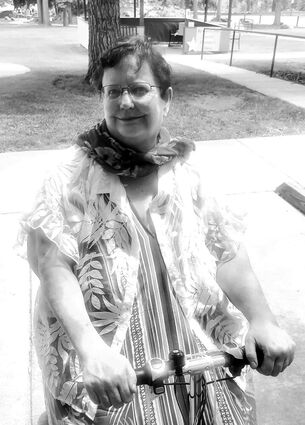 In Loving Memory of Jeanette Millar

Jeanette graduated from Widefield High School in 1985. She attended Pikes Peak Community College where she studied Early Childhood Education and worked in childcare for five years, including some time at the Widefield Community Child Care Center. In 1991 Jeanette began working at the United States Air Force Academy Child Development Center where she was a child development specialist for 18 years. Jeanette then made a career change and worked for the next eight years as an administrative assistant for the Air Force Academy Department of English and Fine Arts and as a program manager for the Department of Philosophy.

Jeanette was loved by many for her great compassion and giving spirit. She had a wonderful sense of humor and creativity, which she often showered on the children in her care, her coworkers, and family. She was deeply loved by the parents and children at the AFA Child Development Center; there was often a waiting list for children to get into her classroom. Jeanette loved working at the AFA where she got to know the cadets and was in tune with the rhythms of their daily routines. She considered it a privilege to work at the AFA for 28 years before she medically retired in May of 2019.

Jeanette was preceded in death by her parents, John C. Millar and F. Marilyn Rice Millar, and her brothers James Millar and Gerald Millar. She is survived by her sisters Mary Lynne Millar Ketcham, Gail Millar Farrell, sister-in-law Jann Saybe Millar, as well as her nieces and nephews, Aaron Millar, Dana Tolle, Bethany Millar, Jennifer Jesson, Melody Clowser, Ben Farrell, Nathan Farrell, Elyse Farrell Suby and 16 great nieces and nephews. She had seven dogs throughout her life who were her precious companions.