JROTC at FFCHS surprised with $10,000 donation 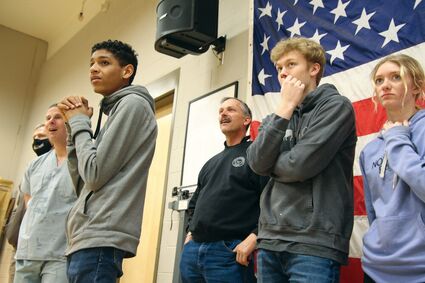 FFCHS JROTC instructors and students had looks of surprise on their face as the donations were revealed. Below, Ana Mai Luckett and Heather Sams display the $10,000 donation.

Supporters of the Army JROTC program at Fountain-Fort Carson High School pulled off a surprise donation that left some recipients with tears in their eyes.

Heather Sams of Spoiled Rotten Photography presented a check for $10,000 to the program, along with another $500 from Bank of Colorado. Previously, Sams has coordinated a photo fundraiser that has generated about $15,000 over four years. The lump some of over $10,000 at once had the recipients stunned.

Smith explained that the JROTC program requires a lot of fun...