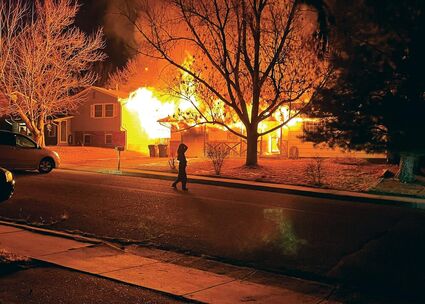 A resident from one of two homes ablaze on Colonial Drive walks past the fire prior to the arrival of firefighters early Sunday morning.

One home was gutted and another damaged early Sunday morning in the 7400 block of Colonial Drive in Fountain, just west of Sunrise Elementary School.

All residents made it out safely, but a large number of pets did not.

Neighbors rallied around the displaced residents immediately after the fire was detected around 4 a.m. Before fire crews arrived, a next-door neighbor was observed trying to spray the flames with a garden hose. The fire spread quickly to the neighboring home, which sustained loss of power, all food and more.

The Red Cross reportedly is assisting, but no details on how the public can help are available yet. This story will be updated if donations are needed. 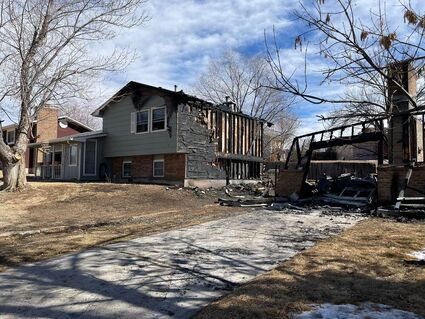