Kolten Montgomery to run for HD21

Kolten Montgomery, a young Democrat who self identifies as a "Progressive Constitutionalist," has announced he will be seeking election to the Colorado State House of Representatives in House District 21 (Fountain, Widefield, Security). The seat is currently held by Republican State Representative Mary Bradfield.

Currently, Montgomery is not being opposed in the Democratic primary for HD21. His campaign announcement statement explained his reasoning for running for office as follows: 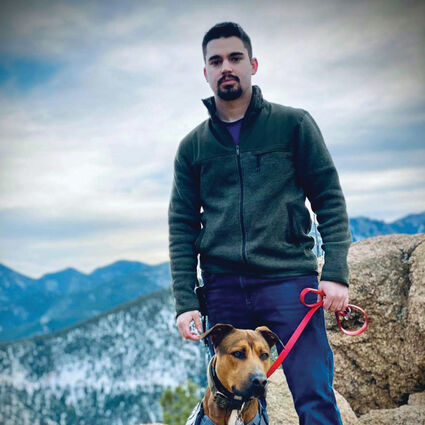 "Kolten believes that the current political divide between Democrats and Republicans is simply not conducive to an effective form of governance. In order to truly act as a people who exercise our inherent right to govern ourselves, we have to shed partisan absolutism and focus instead on growth and progress. It's time that we started electing representatives that truly care about the people whom they represent. Serving as an elected representative in the Colorado State Legislature should not be a retirement gig.

At 24, Montgomery is one of the youngest candidates in the region to seek office. He has lived in the area since 2005 when he was in the third grade, and he graduated from Mesa Ridge High School.

Currently, he works in asset protection after spending a year as a detention deputy sheriff in Pueblo. Prior to that, he owned a small digital marketing firm in Colorado Springs.

Montgomery notes that he is a former member of the Republican Party. His campaign website is http://www.koltenmontgomery.com.