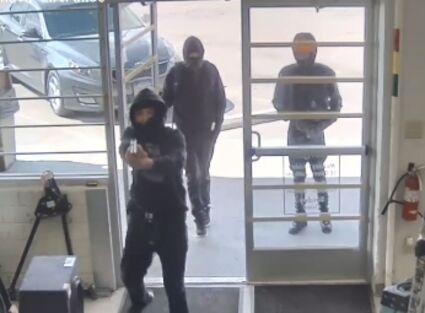 Authorities are investigating an armed robbery at a Security pawn shop that involved shots fired into the business. Suspects remain at large.

On Saturday, March 5, around 11:07 a.m., the El Paso County Sheriff's Office Communications Center received a call from several individuals reporting a shooting at a pawn shop located in the 300 block of Main Street (near Ross and Sonic).

An additional caller said the male suspects ran away from the pawn shop toward a department store in the same area. Another caller said the suspects loaded up into a gray Honda sedan with temporary license plates and left the area north on Security Boulevard.

Deputies were not able to locate the Honda sedan nor the suspects on foot.

Video footage from the pawn shop revealed three suspects who were dressed in black hooded sweaters and black pants open the front door of the pawn shop. According to witnesses in the store, the suspects told everyone to get on the ground. 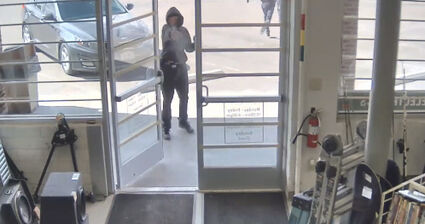 Further investigation led deputies to additional video footage in the area which revealed four individuals in a gray Honda sedan driving in the parking lot of 300 Main Street. They drove in the parking lot for a few minutes prior to their attempt to rob the pawn shop.

Screenshots of images from the footage have been attached to this article.

If anyone has information on any of the suspects or this incident, the El Paso County Sheriff's Office urges you to contact either EPSO Communications Center at 719-390-5555 or EPSO Tip Line at 719-520-7777. If you wish to remain anonymous please contact Crime Stoppers at 719-634-7867.