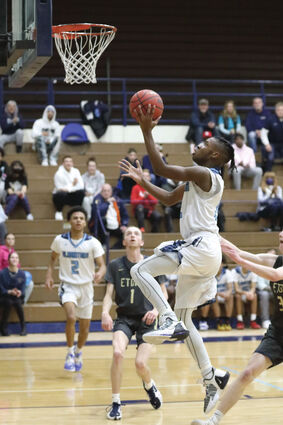 Five out of the six varsity basketball teams made the playoffs last week, and four were played at home. Above WHS's Jayson Guidry attempts to shoot for the basket.

They finished the week 17-8 overall and 2nd in league.

The Grizzlies won 87-54 when they hosted Pueblo East last Thursday (Feb. 24), won 85-65 when they played at Eagle Valley High School Saturday in one Class 4A Colorado Springs Metro League game and one non-league game.

They finished the wee...