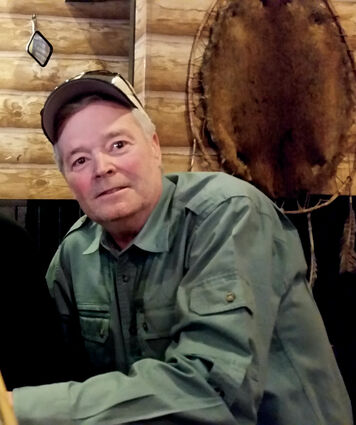 On Thursday, February 24, 2022, James Richey Sluder, loving husband and father of one daughter, passed away at the age of 68.

James passed peacefully with his loving spouse, Linda Sluder (Jago), of 50 years, and Jennifer Richardson, his daughter, at his side, at his home. James was battling cancer.

James went to Widefield High School and graduated in 1972 at the age of 17. He then married his girlfriend Linda Jago on September 16, 1972. He has been a long-time resident in the Widefield area.

He enlisted in the United States Air Force in August 1978, and was stationed in Wichita, Texas; Biloxi, Mississippi; and Fairbanks, Alaska, before coming back home to Colorado Springs AFB, on Active Duty Air Force to serve a total of 8 years, and then got out of the Air Force in July of 1986. James then worked on Fountain-Fort Carson as of July 1993 and retired as of August 1996.

James loved traveling to Gunnison, Colorado, to his father's cabin almost every weekend with his family. He enjoyed a life of hunting in October with his family and friends; he also loved to fish, horseback riding; but most of all he loved to spend time with his family. He was a loving husband, father, and grandfather to his granddaughters.

If desired, please send donations in lieu of flowers, to The Order of Memorial Gardens at 3825 Airport Rd., Colorado Springs, CO 80910.