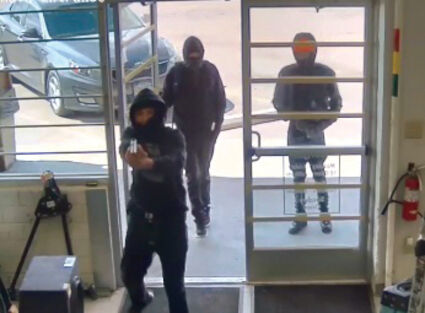 Security footage from a pawn shop in Security shows a suspect pointing a gun at store employees during an attempted robbery March 5. The Sheriff's Office says at least one shot was fired before suspects fled.

Authorities are investigating an armed robbery attempt at a Security pawn shop that involved shots fired into the business. Suspects remain at large.

On Saturday, March 5, around 11:07 a.m., the El Paso County Sheriff's Office Communications Center received a call from several individuals reporting a shooting at a pawn shop located in the 300 block of Main Street (near Ross and Sonic).

An additional caller said the male suspects ran away from the pawn shop toward a department store in the same area. Another caller said the suspects loaded up into a gray Honda sedan with temporary license pl...