Blast from the past 50 years ago this week 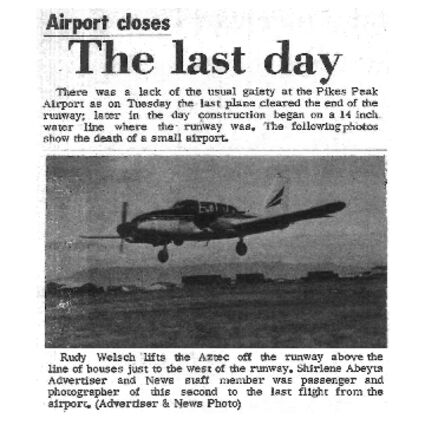 On March 14, 1972, the small privately owned Pikes Peak Airport saw its last flight before closing to make way for continued growth and development in the area. Located approximately where Lowe's is today, near Fountain Mesa Road and Mesa Ridge Parkway, the airport existed from 1958-1972 before the construction of nearby stores and schools. Janitell Junior High opened in 1974. Many longtime residents remember riding their bikes or learning to drive on the runway.