Robert D. Moore died at Penrose-St. Francis Hospital in Colorado Springs on Saturday, March 19, at the age of 89 after battling a respiratory illness.

He was born August 21, 1932, in Wichita, Kansas, to parents Hilliard E. Moore and Audra Pearl Garrison.

He served a distinguished career as an Army Aviator from 1957 to 1981, serving one tour of duty in Korea and two tours of duty in Vietnam. During his service he was awarded numerous awards and medals including the National Defense Service Medal, National Army Aviation Badge, Joint Services Commendation Medal, Army Commendation Medal, Bronze Star, Vietnam Cross of Gallantry, and Meritorious Service of the Distinguished Flying Cross. 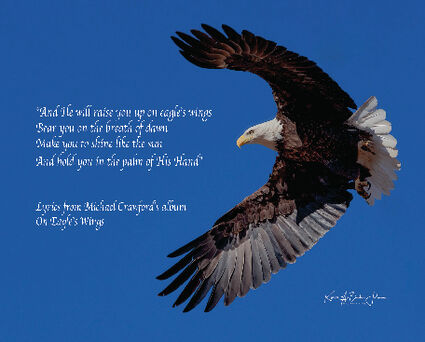 Robert was married to Myrna Ford on September 7, 1956 until her passing from an illness in 1998. They have two surviving children: Teri McMichael (Jack Crummie) and Kenneth Moore. He later married Kathryn Wiese on October 5, 2001, and has two surviving step-daughters: Karen AuBuchon Johnson (Ben) and Patricia St. Louis (her partner, Peter Hannon).

In addition to his parents, he was preceded in death by a sister, Leta Maxine Weaver, and her husband, Edwin E. Weaver, of San Diego; son-in-law, Al McMichael; and daughter-in-law, Lisa Moore.

In his later years, he and his wife Kathryn enjoyed raising paint horses on their ranch in Falcon and playing bridge with local bridge groups. He also helped Kathryn, publisher of the Fountain Valley News, in an advisory role.

A private family remembrance will be held at the family ranch.