The new study on health effects of PFAS-contaminated water in the Fountain Valley area is making progress, but more participants are needed.

CO SCOPE has met its first benchmark of 100 people – 107 adults and five children – and is gradually working toward the long-term goal of 1,000 adults and 300 children.

"We're currently looking into outreach methods that may help us reach more of the child/adolescent population in the Fountain Valley Communities," said Stephanie Fernandes, MPH, a professional research assistant with the CU School of Public Health.

As reported in the Feb. 16 Fountain Valley News, CO SCOPE seeks individuals who lived in Fountain, Security, Widefield or Stratmoor Hills between 2006 and October 2015 to participate in a new study that seeks to better understand the health impacts of water contamination across the Fountain Valley compared to other populations. Participants will receive gift cards – up to $75 for adults, and up to $100 for children.

Fountain Mayor Pro Tem Tamara Estes, who has been tracking the issue closely, reported to the City Council recently that she encourages anyone who lived here in the applicable time frame of 2006-2015 to participate, particularly children.

"They're having a hard time getting kids in," Estes said. "It's a hard sell because it takes several hours." 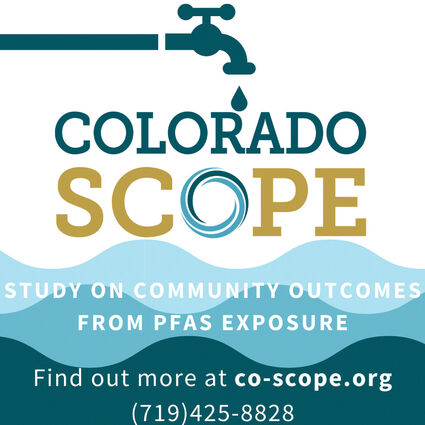 Children must be age 4 or older, but there is no upper age limit for adults.

Anyone ever employed as a firefighter, ever participated in fire training exercises using AFFF, or ever employed in industrial facilities that used PFAS chemicals in the manufacturing process are not eligible.