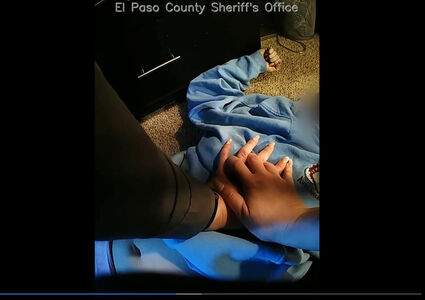 This image from the body cam footage of EPSO deputies responding to a suspected Fentanyl overdose in Security shows a deputy performing CPR.

El Paso County Sheriff's deputies are being credited with saving the life of a woman in Security recently after a Fentanyl overdose.

On the evening of March 23, a citizen called 911 to report a person at a residence in the 500 block of Security Boulevard overdosed after ingesting Fentanyl.

Members of the Security Fire Department and the El Paso County Sheriff's Office (EPSO) were sent to the scene. When deputies arrived, they encountered an adult female not responsive and lying on a bed. After moving her to the floor to further evaluate her she stopped breathing. Considering the informa...