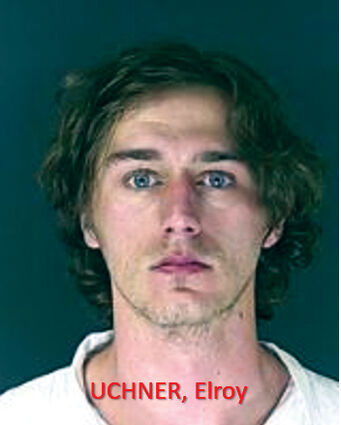 An early Sunday morning shooting on Metropolitan Street in Widefield left two people hospitalized and set off a manhunt for a suspect in Stratmoor Valley.

On Monday morning, authorities announced they had arrested Elroy Uchner, 25, on charges of Attempted First Degree Murder, Prohibited Use of Weapons, and other traffic-related charges. He was later booked into the El Paso County Jail on an arrest warrant for these charges and was not given a bond.

The two victims are expected to survive their injuries. The Sheriff's Office says it's confident this was an isolated incident.

The chain of events began just after 5 a.m. Sunday, April 3, when the El Paso County Sheriff's Office Communications Center received multiple 911 calls from citizens reporting a shooting outside of a residence on Metropolitan Street. Multiple residents have stated they heard loud arguing in the area, and that one of the participants left the area and returned a short time later and began firing his weapon.

EPSO reports that a suspect description eventually led the search to Maxwell Street in Stratmoor Valley.

EPSO flooded the area to establish containment and begin a search. The SWAT element and K9 element of EPSO's Tactical Support Group, along with EPSO Patrol Division deputies, an additional K9 Unit from CSPD, and drone assistance from Fountain PD officers, began a yard-to-yard search in the area for the suspect.