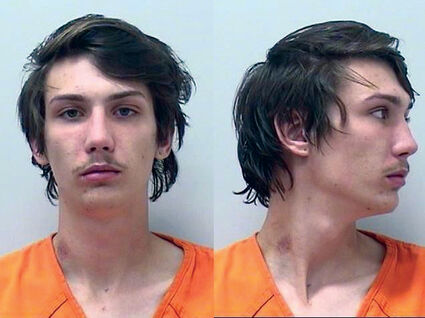 Fountain Police arrested a 19-year-old convicted felon found to be in possession of a gun and marijuana in Metcalfe Park on the afternoon of Tuesday, April 4.

At approximately 4:15, officers were dispatched to the park in reference to suspicious people in a green Honda. Upon the officers' arrival, they detected the odor of marijuana coming from the vehicle. All three occupants were under the age of 21.

The driver of the vehicle, identified as Gabriel Hart, had marijuana and a 9mm handgun in his possession. Officers also located an extended, 30-round magazine with the handgun.

Hart was booked into the El Paso County Jail on the following charges: Possession of a Weapon by a Previous Offender (POWPO), Possession of Large Capacity Magazine and Minor in Possession of Marijuana.

Hart has prior felony convictions for 2nd degree assault and possession of a weapon by a previous offender, for which he is currently on probation.