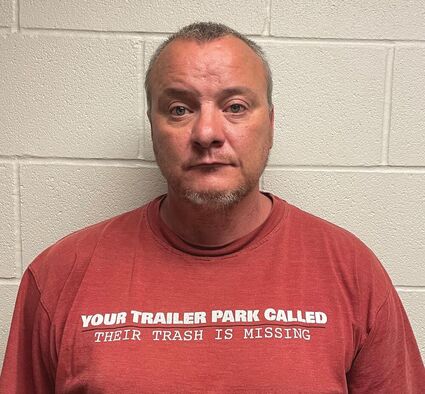 Last week police arrested a man, convicted of sexually abusing a young child in another state, after they found him apparently hiding in Fountain.

For the past couple of weeks, members of the Fountain Police Department have been conducting an investigation into the possibility that an absconded Sexually Violent Predator from Illinois has been hiding here.

The person was identified as 46-year-old Alan D. Secrist. Secrist had been previously been convicted in Illinois of Aggravated Criminal Sexual Abuse – Victim under 9 years of age which requires him to register as a sex offender. Secrist also had active warrants for Sex Offender Violations out of Illinois.

Fountain Police located Secrist at a residence in the 100 block of Mojave Way at about 11 a.m. April 20. He was arrested and booked into the El Paso County Jail. Detectives with Fountain Police also charged Secrist for Failing to Register as a Sex Offender in Colorado.