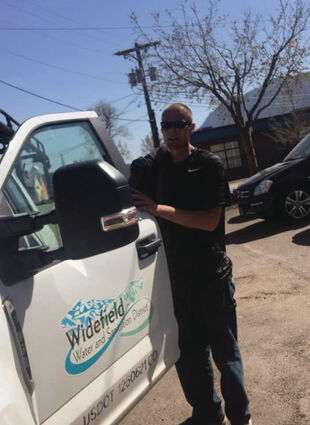 Shows a suspect with the stolen truck in Colorado Springs the day it was stolen.

A white Ford F-350 truck was stolen from Widefield Water and Sanitation on April 21, prompting district officials to ask the public to be on the lookout.

Before long, one astute woman provided video footage of the same truck at a storage unit in Colorado Springs, where someone can be heard accusing the driver of the truck - an unidentified male - of getting into her vehicle moments earlier.

On April 25, the district announced the truck had been found and returned.

The truck had a district logo, prompting the district to warn customers that if someone approaches their home and claims to be a...