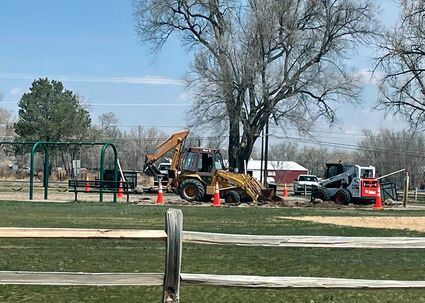 Some residents noticed the play structures at Metcalfe Park demolished recently. Prior to that, there had been caution tape up for several weeks.

According to Fountain City Clerk Silvia Huffman, the city is putting in a new "all inclusive" playground similar to the ones at Aga Park and Fountain Mesa Park. This means they will have features accessible to people of various abilities, including those in wheelchairs.

The caution tape had been put up due to safety concerns.

"The old playground was vandalized and was not safe, so we had to remove it," Huffman said.