Ensemble from FFCHS is 'Superior' 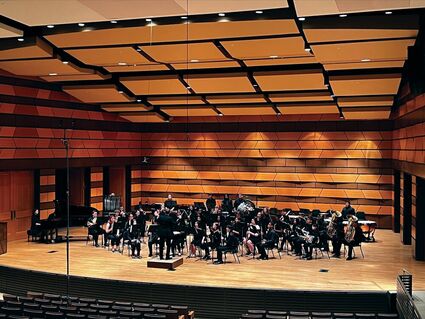 Fountain-Fort Carson High School's Wind Ensemble performed at CBA State in Fort Collins last week, and it was the first time in 10 years that FFC has performed at State. Thirty-two bands qualified out of 118 who performed at the regional in March.

The Wind Ensemble earned a Superior with Distinction, which is the highest possible score at CBA Concert Band State.

Most schools that earn that score include students who take private lessons, but most of the FFCHS participants simply worked hard for this achievement, a spokesperson said.