Officials discuss fentanyl: The worst is yet to come 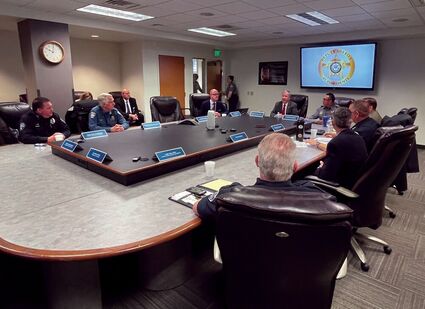 There is no silver lining in the fentanyl cloud. Instead, El Paso County Coroner Dr. Leon Kelly summarized the situation last week by saying, "We have not seen the worst of this," referring to the current flood of fentanyl and related deaths across the country, as well as in El Paso County. The coroner made the comments toward the end of a fentanyl roundtable discussion last week in Colorado Springs.

The conference included El Paso County law enforcement, the Fourth Judicial District Attorney's office, and some local medical officials who discussed fentanyl-and the danger it presents to illicit drug users who don't know their drugs are laced with it. The meeting was hosted by Sheriff Bill Elder and Undersheriff Joe Roybal at their headquarters.

Perhaps the biggest two takeaways from this conference were: the need for a lot more education, mainly for school-age kids and youth; and secondly, that fentanyl is now being added to other, less-lethal drugs which buyers expect to be safe.

Colorado 5th District Congressman Doug Lamborn was the co-host and emcee, and opened his remarks by addressing the reason for the conference.

"I asked you to come because this is a problem in our community that's getting bigger and bigger," Lamborn said. "Fentanyl is a crisis, and we have to do everything we can to address this crisis."

He talked a bit about the situation on the federal level.

"I think you all know this small amount of fentanyl can kill multitudes of people," he said. "It's a sad situation. We have international criminal efforts taking place to bring manufacturing and import into our country whether it's China, India, Mexico."

Lamborn added that it's becoming more and more obvious that fentanyl is being placed into other substances sometimes even without the buyer's knowledge, and so the unsuspecting buyer can be hospitalized or can even die from a "safe" drug.

Lamborn also mentioned several pieces of federal legislation he's currently supporting that would clamp down on fentanyl abusers, including lowering the amount necessary to trigger federal felony prosecutions. He said another aspect of proposed legislation would make it easier for medical and scientific researchers to study fentanyl. Another change would widen the definition of fentanyl so that illegal manufacturers can't change the chemical structure slightly so their product technically isn't fentanyl, thus avoiding prosecution. Those slightly-altered products are called analogues or synthetics.

Lamborn also said he's supported legislation that would boost the number of U.S. Customs and Border agents and allow more technology to help in the fight against importation of illegal drugs. He also supports the Fentanyl Sanctions Act, which in the year 2020 was part of the NDAA National Defense Authorization Act. Now it addresses China and imposes heavy sanctions on Chinese firms that are not doing what they should to stop fentanyl. It also requires sanctions on people who are involved in any way with transnational criminal organizations or manufacturers of fentanyl.

District Attorney Michael Allen of the 4th Judicial District, which encompasses El Paso and Teller counties, said, "I've talked to people from lots of different walks of life and everybody is concerned with the fentanyl epidemic. This is a public safety crisis that we're in currently. Fentanyl is quite simply the most dangerous drug on our streets in America today, and it's probably the most dangerous drug that's ever hit our communities. Small amounts can kill people. If we put a small amount on the tip of my pen, that'll be enough to have a lethal dosage and kill somebody. So that highlights the danger that fentanyl poses to our communities. We've seen it with overdose deaths from small amounts of drugs in this community and across the state. In the DA's office, we've taken the lead on trying to educate the public. We have town halls like this and we talk about the fentanyl epidemic to raise awareness in the public. That's the first and foremost way we're going to save lives, making sure that people understand that any illicit drug on the streets is a dangerous drug simply because fentanyl is being mixed into the drugs that are being trafficked in the community."

All of the speakers noted that now it's possible to add minute quantities of fentanyl to all kinds of other illegal drugs while in the past it wasn't technically possible to produce such a deadly drug in small quantities. And, they said, many, if not most, illegal drug buyers don't understand that their drug of choice can now severely injure or even kill them.

"We can't detect them," he said. "It's showing up and it looks like a normal pill, right? To hold up, you know? Up in the Denver Metro area, they're confiscating over 200,000 pills weekly. Our kids today from an education standpoint, they're still doing pill parties. We had one three months ago that we got kicked off in the city of Fountain. I thank God every day that we were able to get there before [anything happened]."

He likened the impact of fentanyl to active-shooter tragedies.

"We have three or four people killed, and it's horrible," he said. "These [pill parties] are no different than mass casualty events. So you know we got a lot of work to do, a lot of education. We're gonna have to solve it locally, as the DA indicated." 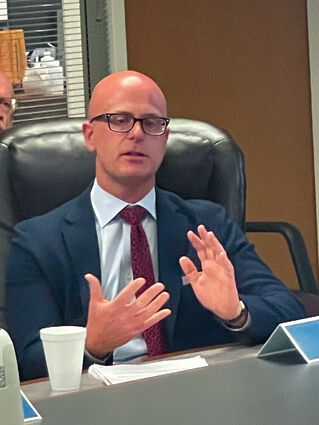 Kelly explained from the coroner's perspective that last year that 55 percent of local fentanyl fatalities had other drugs in their systems. Methamphetamine is still the most common drug to die from in El Paso County; 25% of the methamphetamine deaths had fentanyl onboard.

"There were 99 fentanyl deaths last year in El Paso County," Kelly said. "At this time last year, there were 22 deaths. This year there have been 32."

The presence is so strong and dangerous that officials need to assume that every single illicitly-trafficked drug in this community has fentanyl in it, he added.

To sum it up, Kelly said, "We have not seen the worst of this."