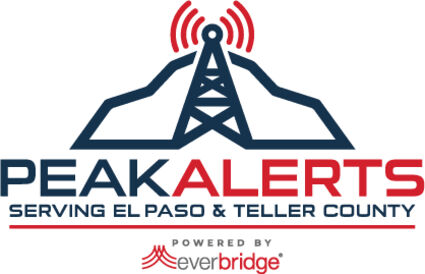 The El Paso-Teller County 9-1-1 Authority (Authority) is responding to reports from county residents that emergency alerts for a series of fires last week were not sent correctly. Some residents said they were confused about why they received an alert on their mobile devices regarding a fire in the Stetson Hills area when they were not in that vicinity. Others said they did not receive alerts for the fire in Security when they thought it applied to them.

The Authority identified three issues with the evacuation orders sent on Thursday, May 12, 2022, as identified in this news release:

1. The alert reached outside the impacted area

2. The link in the Wireless Emergency Alert (WEA) did not display a map of the affected area

3. The location information contained in the alerts about the fires could be improved upon

Public safety officials use Peak Alerts as the primary means to send targeted notifications to an area impacted by an emergency. Peak Alerts sends alerts by phone call, text message, email, and the Everbridge App. Citizens must opt-in to receive these notifications at peakalerts.org.

Wireless Emergency Alerts send short messages accompanied by a vibration and alert tone to WEA-Enabled cell phones in a locally targeted area without downloading an app or subscribing to a service. Utilizing these notifications ensures people in harm's way receive the alert, specifically tourists, people traveling through the impacted area during their daily commute, and those who are not registered to receive Peak Alerts. Ideally, Wireless Emergency Alerts notify citizens in the impacted area with no more than 1/10th of a mile (528 feet) overshoot. The WEA, specifically for the Summer Grace Street/Akerman Road, is the notification that reached outside of the impacted area.

El Paso and Teller Counties Public Safety Agencies do not send countywide alerts using Peak Alerts. Message senders use a map and selection tool to select the area to notify. The Authority understands that the Summer Grace Street/Akerman Road alert may have alarmed citizens in the community. The Authority is working with Everbridge (software used to send Peak Alerts) and FEMA to determine why the Wireless Emergency Alert reached farther than intended and why the link in the WEA did not display a map of the affected area.

The Authority also released the following question-and-answer summary for frequently asked questions on the May 12 fires:

Q: Why did I receive this alert and live 10+ miles from Stetson Hills?

A: The alert in Stetson Hills was sent using Peak Alerts. Peak Alerts sends notifications by phone calls, text messages, and emails to the area impacted by the emergency. An additional notification was sent using Wireless Emergency Alert (WEA) technology. WEA helps broaden the reach in the affected area by disseminating messages via television broadcast, radio broadcast, NOAA weather, and Wireless Emergency Alerts. Utilizing WEA ensures people in harm's way receive the alert, specifically tourists, people traveling through the impacted area during their daily commute, and those not registered for Peak Alerts. WEA are short messages displayed on your cell phone accompanied by a vibration and warning tone. WEA typically has a bleed-over of no more than 1/10th of a mile. The Summer Grace Street/Akerman Road notification reached outside the impacted area. We are working with Everbridge and FEMA to determine why this alert was sent farther than anticipated.

Q: Why was an alert not sent for the Security/Widefield Fire?

A: An alert was sent using Peak Alerts by phone call, text message, and email. The alert targeted the area specified by crews working the incident. The WEA notification in Stetson Hills reached beyond the area impacted by the fire early in the day, so the WEA was not used during this incident to allow the Authority time to troubleshoot the issue.

Q: Why did the alert not use major street names to describe the area of the fire at Summer Grace Street/Akerman Road?

A: An alert intends to target the area impacted by an emergency. The initial area notified on May 12th was in a residential area near Summer Grace Street/Akerman Road. The Authority understands why alerts with streets that are not major intersections might cause confusion or panic for those who do not live in the area and may have received the alert in error. The Authority will work with the public safety agencies tasked with sending Peak Alerts to provide descriptions of the area affected and a map on the peakalerts.org website. (see initial alert evacuation order area)

Q: What is the El Paso-Teller County 9-1-1 doing to mitigate the issue to prevent alerts from reaching outside an area impacted by an emergency.

A: The Authority will not use WEA notifications until it can determine why the WEA reached outside the impacted area. Public safety agencies will continue to use Peak Alerts to notify citizens who reside in areas impacted by an emergency by sending targeted alerts via phone calls, text messages, and email. You must register to receive these alerts at peakalerts.org. The Authority continues to work with Everbridge and FEMA to determine the root cause of the WEA reaching citizens outside the impacted area intended for notification.

For more information or to get in contact with someone about this issue, visit elpasoteller911.org