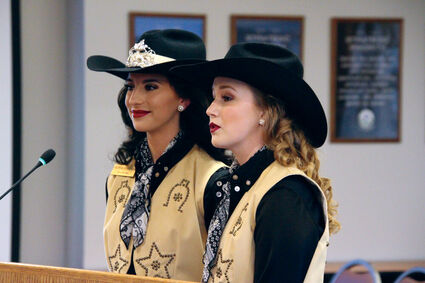 A series of fees imposed on developers to help pay for roads in Fountain is becoming more comprehensive and formalized with a new ordinance.

On May 10, the City Council voted on first reading to approve Transportation Impact Fees on new construction and re-development projects. The fees would kick in when someone pulls a building permit for a new building or a change in use, not general remodels that don't add dwelling units, City Attorney Troy Johnson said. Fees will vary.

"Depending on the type of use, there's different calculations for the impacts," he said.

The ordinance itself allows the council to establish the fee but does not set the fees. A second reading of the ordinance at the May 24 meeting is expected to be accompanied by a resolution setting fees. The draft sets fees at $3,612 per single-family house or $2,027 per multifamily unit. Commercial projects are based on square-footage.

The city first instituted temporary transportation impact fees in 2020 and has extended them twice. This will make them permanent in the City Code.

In other business, Fountain Police Lt. Matt Racine provided the council an update on the city's ordinance on massage parlors, which regulates legal massage businesses and prohibits the "illicit" variety. The topic came up in light of the Colorado Springs City Council voting on a similar ordinance in that city after numerous parlors have been in the public light.

Racine said Fountain's ordinance, approved several years ago, was way ahead of its neighbor to the north.

"It looks like they based their ordinance off of ours, a large part of it," he said, adding no significant changes or additions are needed for Fountain's version due to the increased interest. "We're actually ahead of the game on it."

In response to Mayor Pro Tem Tamara Estes' question whether there were any massage parlors currently operating in Fountain, Racine said, "None. None that are legal, and none that I'm aware of that are illicit."

The council also approved a contract up to $573,322 with Schmidt Construction to repave four streets:

The exact timing of these repairs is uncertain, as officials are closely watching the cost of oil needed for asphalt. They are hoping for a downturn in prices in the coming weeks. In any case, they hope to be finished in early August before school begins. Transportation Director Bob McDonald said the Roadway Focus Group agreed these four streets should be prioritized.

McDonald also reported that El Paso County, in conjunction with its roundabout project at Fountain Mesa Road, will assist with improvements all the way down to Mesa Ridge Parkway to include extending the curb and gutter. Once complete, possibly the end of June, Fountain Mesa would be almost entirely new from Fontaine to Mesa Ridge.

Representatives from the Pikes Peak or Bust Rodeo shared some of the highlights the public can expect at the 2022 event, scheduled for July 13-16. One of the feautured speakers was Brooke Soltwedel, Aide to the Girl of the West. Soltwedel is a 2021 graduate of Fountain-Fort Carson High School. She and Girl of the West Georgia Strimenos travel around the Pikes Peak region in the months leading up to the rodeo to promote it and the Western way of life. Their specially made outfits are a copy of the 1922 design worn by the first-ever Girl of the West in honor of the program's 100th anniversary. 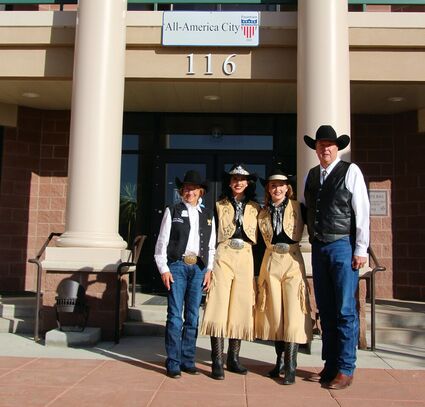 Another guest was newly installed VFW Post 6461 Commander Travis Baker, who shared that the Fountain post is the busiest of the five VFW's in the Colorado Springs area. The post is open to the public and features many events, from Sunday breakfast to Friday dinner, and Bingo and numerous fun activities in between.

"We have something going on every day of the week," Baker said.

The council voted to approve:

• Reclassification of four part-time transit driver positions to full-time, in an effort to better recruit and retain qualified drivers.

• A special events liquor permit for several activities at the American Legion Post 38 through the rest of the year.

• An updated fee schedule allowing the city to charge for various services.

• A change in liquor permit for Klix Wine and Spirits, which is preparing to move from its current location in the Markets at Mesa Ridge to a new building that's currently under construction between Safeway and the Dollar Tree, just a few doors down. The building also will house a Pet Pantry and a third still-undecided tenant. Klix itself will offer a larger shop, wine tasting, outdoor patio with fire pits, and other amenities. Klix is aiming for a Sept. 1 opening, co-owner Brent Baldwin said.