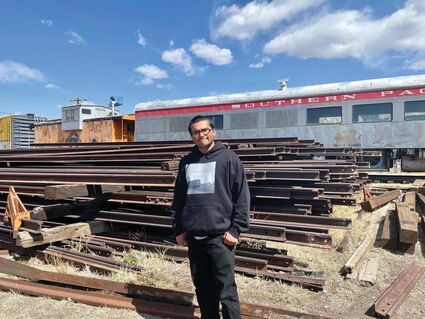 If you have been or will be in the Security, Widefield or Fountain area and see a young man shooting videos of the trains that run through the area, he's not just some kid-he's an expert.

He's Nick Walker, a Mesa Ridge High School graduate, and he's been a train aficionado since the age of 5. Nick has been making videos of trains for about six years, but that's not all he does. He also gathers information about the train schedules, cargos being carried, and other information vital to the usage of trains in the area. And, he posts most of the videos he takes on his YouTube channel: Colorado JointLine Productions. His top 3 favorite videos that he has created to date are: The Big Boy, the "Junction" and the Sticker Unit. He loves to catch "rare" trains; one of those recent finds was the BNSF 1050 GE H1 H2 Dash 9-44CW Rare. Union Pacific 150 Anniversary Steam Engine Tour. 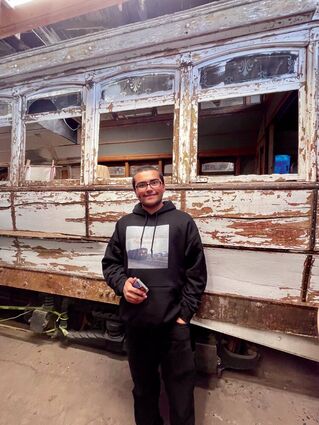 Some days, Nick gets up before 6 a.m. to get to the trains he's scheduled to video – and he loves it. His job coach, Priscilla Cooper, says it's a labor of love, and that she "can honestly say that I will never be able to look at waiting for the train to pass as an inconvenience anymore. I find myself enjoying the few moments it actually takes for a train to make its way down the track."

The young man's dream is to someday work for the railroads. Friends and teachers have been impressed with Nick's ability to take in, memorize, and use a voluminous amount of information about the trains that criss-cross our area dozens of times daily.

We've all heard the phrase, "stop and smell the roses." Well, the next time you're at a crossing waiting for a train to go by, you might wonder what the cargo is, where it's headed, and whether this train might be featured on Nick's YouTube channel, Colorado JointLine Productions.