The Primary Election is Right Around the Corner

The June 2022 Primary Election is fast approaching. The major political parties will conduct Primaries to determine which candidates will represent their party in the November General Election. Candidates are running for statewide offices including Governor and several others, U.S. Congressional, State Senate and Representative, and local County offices.

Voters affiliated with the Democratic or Republican party will vote the ballot of that party. With the passage of Proposition 108 in 2016, Unaffiliated voters in Colorado have the opportunity to vote in the Primary Election. They may vote ONLY one ballot, for either of the parties. A sample ballot will be available soon. Ballots will be mailed the week of June 6.

You have the option to return your ballot at one of 39 secure 24-hour drop boxes conveniently located throughout the county, or mail back your ballot. You also may choose to visit a Voter Service and Polling Center (VSPC) to vote in person or take care of other election business.

You can find the locations of the mail ballot drop boxes and VSPCs and all election information at epcvotes.com.

As we prepare for the upcoming election, I am concerned many voters – regardless of their political party or belief – will simply not vote, convinced that their vote might not count because of the litany of misinformation which unfortunately is still prevalent.

The "reports" of fraud these individuals have released in an attempt to discredit the outcome of the Election results are inaccurate, absence of real evidence that could be examined and willfully generated misstatements about the election processes and systems.

Though these reports are interesting, they are void in El Paso County because of the extra steps and transparency measures we take to ensure to you our elections are fair, accurate, transparent and verifiable. 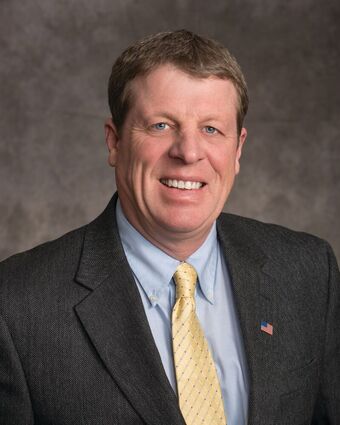 Colorado is one of the most secure states in which to vote. I can't speak for other states, but in Colorado you can be assured our elections are secure and safe. Some of the precautions we take to ensure secure elections are employing Election Judges from both parties, background checks on all election workers, restricted two-person access to critical equipment rooms, video surveillance, controlled physical securities, paper ballots, and audits and testing performed by bipartisan Election Judges. If you don't want to take my word for it, I encourage you to come in to observe our process or be an Election Judge and see for yourself.

This year's General Election will determine most of Colorado's elected officials for four years; the Primary is the first step in that process. It is important, that we as a county vote in June and in November, participating in our representative democracy and letting our voices be heard through the ballot. Don't let those who spread election disinformation stop you from voting. Every vote matters!