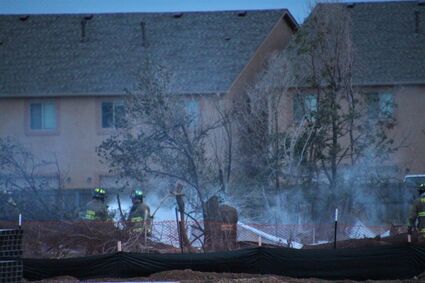 Firefighters were finishing their work putting out a fire on Fountain Mesa Road just east of Comanche Village Drive at 8:30 p.m. Wednesday.

Fountain Mesa Road has been closed for a few hours on Wednesday evening between Moss Bluff Court and Lake Avenue due to a fire on the east side of the road near a construction site and an abandoned house.

As of 8:30 p.m., flames were out and firefighters appeared to be dousing hot spots and getting into the cleanup phase. The road was still closed at that time.

This is the second time this week that there has been a fire in this location.

"We are definitely treating both fires as arson," Fountain Police Commander Mark Cristiani said on Thursday. "Witnesses from yesterday's fire saw two juveniles running from the area after they saw smoke." 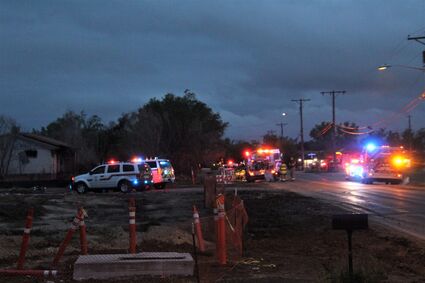 Fountain Mesa Road was closed between Lake Avenue and Moss Bluff Court for a few hours Wednesday evening due to a fire.