In Loving Memory of Iolanda Russell 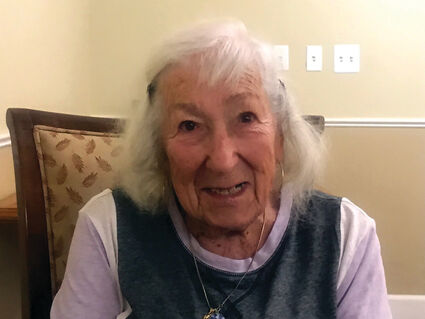 Iolanda Russell, age 91, passed away suddenly on May 21st, 2022. She was born to the late Adolfo Giuliuzzi and Giuseppina Merlich on March 11, 1931 in Trieste, Italy. She moved to the United States after marrying her first husband Robert McJunkin in 1952. She loved the traveling that came with being a military spouse, especially the years stationed in Germany as she was able to take her daughter to visit her mother in Italy every summer.

She married the late Jerrell Russell in 1969, they lived together in Widefield after his retirement from the military, until he passed away in December, 2008. She is survived by her only child, Patricia Hansen, and her children with John: Justin (Lindsay), Jeffrey and Scott (Georgia). She is also survived by 2 great-granddaughters, Joni Hansen and Elliette Jane Hansen; sister, Bruna Naddes and nieces, Tina Naddes-Lightfoot and Lisa Naddes-Yoder. She was preceded in death by her sister, Silvana Scher and husband, Jerrell Russell.

Iolanda's greatest gift was her love of people, it truly can be said she never met a stranger. She graduated from high school in Trieste, Italy where despite being 5 foot 1 inches in height she was on the high school basketball team. During her career, she was an accomplished seamstress and a bartender. She was also a fabulous cook who never needed to look at a recipe. She was an avid gardener and was fluent in 4 languages. She loved the color purple, wine, dancing and even at 91 was full of energy and life!

She spent her last few years at Brookdale Monument Valley Park assisted living where she was well loved by staff and residents. She brought special joy to all the activities and outings she participated in. It was a common frustration expressed by her family and friends that "we can never find her in her room" because she was so active.

Services will be held on June 10, 2022 at Swan Law, 501 N Cascade Avenue, Colorado Springs, CO. Viewing will be at 11:30 a.m. with the service at noon and a reception to follow. Gravesite services will follow at Evergreen Cemetery, 1005 Hancock Expressway at 2 p.m.

In lieu of flowers those who wish may donate to All Breed Rescue and Training in Colorado Springs, or your favorite animal rescue as one of Iolanda's greatest joys were the cocker spaniels she had throughout the years.