The Niles-Christian-Whalen Families of Fountain 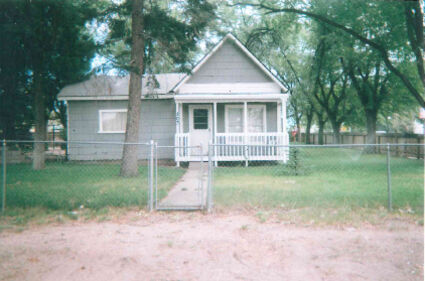 In 1889, Louis Gervais (LG) Niles headed west from Monroe County, Tennessee to make a life for himself. He was only 14 years old when he left home. He came from a large family and with him leaving there would be less mouths to feed. The photo of him below was made in Iowa in 1889.

LG had many different jobs. He worked on the railroad, cow punching, and in the gold mines in Cripple Creek before meeting his future wife, Catherine Jane Christian. They married December 18, 1895 in Fountain, CO.

Tom Owens was a neighbor of the Niles' when they lived on the ranch. Part of the Owens ranch was later included in the "Roby Ranch" and part was purchased by L.G. Niles.

Louis and Catherine Niles began farming in the Fountain Valley in 1903. He was instrumental in the introduction of diversified farming. In an article it was noted that the L.G. Niles Wayside farm, south of Fountain, one of the most fertile in that great irrigated valley, produced many crops. The principal crops grown were 150 acres of blue-stem. Small grain crops were also farmed, and the family garden and orchard included apple, cherry, and pear trees, and farm animals- cows, pigs, chickens, geese and turkeys.

Besides farming, Mr. Niles was involved in the county government. In 1933, he was named superintendent of the El Paso County farm and Mrs. Catherine Niles was the matron of the institution. This farm was located near the present Bear Creek Park on 21st Street. Several graves of county farm residents were moved when 21st Street was expanded.

Mr. Niles was appointed county commissioner by Governor Edwin C. Johnson, to succeed Eugene M. Portner when he died. Mr. Niles served as commissioner until 1941, being elected in 1936 and 1938.

In 1919, Herbert C. Whalen came to Fountain from Moore, Oklahoma, arriving by train. The train ticket was for a boxcar, rented to move his mother, father, brother and sister after a house fire destroyed most of their belongings. Half of the boxcar was for their household belongings and the other half was for their livestock. Herb Whalen and his father W.T. Whalen built a house east of Fountain on Link Road, north of Squirrel Creek Road. They raised Poland China hogs, hay, grain, corn, and barley. Herb and his father also worked as carpenters in the Fountain area. They built two homes for their families in downtown, one on E. Missouri Street and the other on the corner of E. Missouri and Walnut Street.

Advertisements in the local paper note that- "Colonel W.T. Whalen is an auctioneer with 35 years' experience. His auctioneer work thus far in our vicinity has been first class."

Herb met Eloise E. Niles and they were married December 27, 1923 in Pueblo, CO. Their witnesses were his brother W.E. Whalen and L. Dudley Niles (Eloise's brother). Herb's parents, brother and sister moved to Wichita, Kansas in 1925. Herb stayed in Fountain, and worked in farming south of town. In 1929, Herb and Eloise moved to Oxford, Kansas, where Herb had a job working on an oil tank farm, and in 1930, they ran a Keynoil filling station in Newton, Kansas. They moved back to Fountain in January, 1931. They were happy to be back in Fountain, where there was family, as Eloise's family lived on a ranch south of town on Old Pueblo Road. Herb did farming, irrigation and later was a propane gas distributor. To their union they had three children: D. Donna Whalen born 1931 at 115 E. Missouri (this was one of the houses that Herb and his father built back in the 1920s, where City Hall stands today), M. Romaine Whalen born 1934 at Niles Ranch south of Fountain, and Niles C. Whalen born 1940 at the Pezolt farm south of Fountain on Old Pueblo Road (house built by Joe Wilson, and now the Toby Wells place). 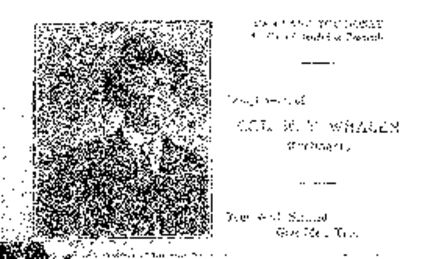 "Eloise E. (Niles) Whalen was born in Fountain on January 21, 1900. She died May 13th, 1974, just nine months after her husband passed away. They are buried at Fairview Cemetery in Fountain. Their three children, Niles, Romain Collier and Donna Koop survive, as well as Eloise's sisters Mildred Kurtz, Madeline McMahon and Lorene Dacby, all of Colorado" (Fountain Valley News May 15, 1974).

Many descendants of the Christian, Niles and Whalen families continue to grow and live in Fountain, CO.

Learn more fascinating local history: The Fountain Valley Museum, 114 N. Main St. in Fountain, is open every Saturday from 10 a.m.-3 p.m., as well as by appointment.

The next meeting of the Fountain Valley Historical Society and Museum is scheduled for 10 a.m. Monday, June 13, in the downstairs of the museum.