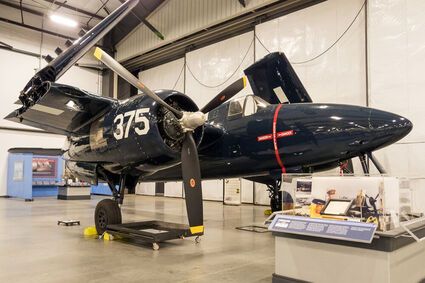 Courtesy of the National Museum of World War II Aviation

An exhibit from "Controlling the Skies – June 1944 to September 1945," one of several on display at the museum.

Operation Overlord, the June 6, 1944, Allied invasion of France, was the ultimate event on the western front during WWII. The invasion, including preparations, execution, and follow-on, was one of the most complex activities ever undertaken by man. It entailed thousands of

aircraft, millions of men, and thousands of vessels. The success of Overlord depended to a great degree on Allied air power in all its forms. Without air power, the invasion of Europe on the Normandy coast would have been impossible.