A Grand Opening, an Illustrious History, and a Re-opening 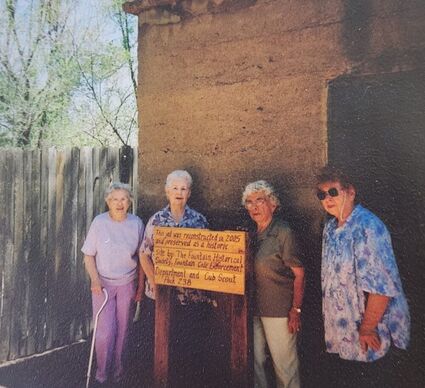 The work and planning of a museum actually started in December of 2001 when several citizens of Fountain wrote a letter to Mayor Ken Barela and the city council members indicating their desire to see a museum in the Fountain Community Hall. The ladies whose names are on that letter include Floy Murphy, Dorothy Boyd, Neva Torbit, Doris Jo Soltwedel, and Beverly Weinert. In a later communication all the organizations who built the Community Hall at 114 N. Main St. thanked the mayor and the city council for taking over the building.

The first official election of officers was held in October of 2002. The recorded minutes of the meeting held by the Fountain Valley Historical Society in March of 2003 indicated that much work behind the scenes was going on in order to make the museum an official part of the town of Fountain. The Frost-Hannah family donated 1/2 of a beef, cut and wrapped which was given away at the Labor Day celebration. Other donations and volunteer work were made by the Colorado Bank, Rex Miller and his son-in-law, Elsie Masters, Lewis Tartaglione, and Mark Watson.

The Historical Society and Museum was incorporated in April of 2004. The first membership list was that same year and included the names of approximately 55 charter members. The items currently on display have been donated by many residents of the Fountain Valley who were also interested in preserving the rich heritage of this area. 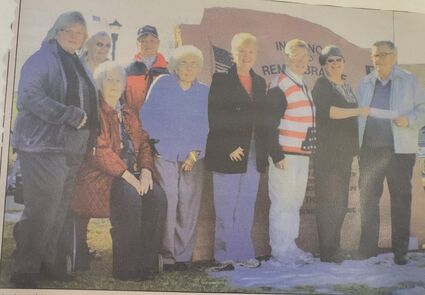 In the years since the beginning of the museum the members of the historical society have participated in many community events including the Fall Harvest Parade, Cowboy Christmas, and many bake sales, craft sales and rummage sales not only to benefit the museum but charity organizations as well. They have sponsored a goat-penning contest, a pumpkin pie contest and a raffle for a cedar chest filled with homemade linens and miscellaneous items. They are known to assist in supporting the growth of the downtown area and sponsoring luncheons and dinners in appreciation of the many volunteers who have worked on community projects. Along with Cub Scout Pack #238 and their parents, the scout leader, Michael Bass, and Juan Flores, City of Fountain Code Enforcement Officer, the old jail was cleaned, repaired and restored.

To show our appreciation to the city of Fountain and the residents of the Fountain Valley, the members of the Historical Society and Museum invite everyone to celebrate the reopening and open house of the museum on Saturday, Aug. 6, from 10 a.m.–2 p.m. Free hot dogs will be served at noon.

A book signing, a historical presentation, activities for children, and a picnic menu are being planned and are free to the public.