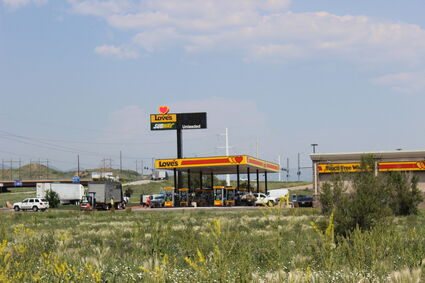 This Travel Stop off I-25 and Mesa Ridge Parkway is where the young girl was found unconscious.

UPDATE (7-14-22): Detectives with the Fountain Police Department have identified 24-year-old Emma Staton as the suspect in the death of Staton's 4-year-old daughter, Acelynn Staton-Contreras. Staton was arrested and charged with: Child Abuse Resulting in Death (Felony), Unlawful Possession of a Controlled Substance (Felony), and Possession of Drug Paraphernalia.

The El Paso County Coroner's Office is the agency who determines the cause and/or manner of death. News staff has made an inquiry to obtain that information, but the coroner's office said that will take six to eight weeks.

ORIGINAL (7-13-22): Fountain Police Department has confirmed it is investigating the death of a young girl who was found unresponsive at Love's Travel Stop just after 12 a.m. Wednesday, July 13.

FPD officers were dispatched to the Love's, located at 5505 Travel Plaza Drive in Fountain, in response to a request from the Fountain Fire Department. 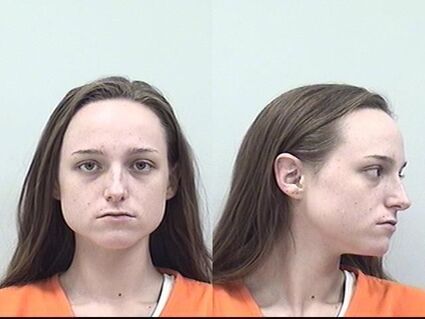 Emma Staton was arrested in the fentanyl-connected death of her 4-year-old daughter.

On arrival, officers contacted an adult female and a juvenile female. The juvenile was unconscious and officers immediately performed CPR; however the child was pronounced deceased at the scene.

Due to the nature of the incident, the FPD Investigations Division was called to the scene and initiated an investigation. The El Paso County Coroner's Office took custody of the child at the scene. She was identified as 4-year-old Acelynn Staton-Contreras.

This investigation is ongoing, and police say there is no danger to the public at this time.

If you have any information about this incident, please call Detective Ryan Sauter with the Fountain Police Department at (719) 382-4233. To remain anonymous, contact Crime Stoppers Tip Line at (719) 634-STOP (7867) or http://www.crimestop.net. If your information leads to a felony arrest, you could be eligible for a cash reward.