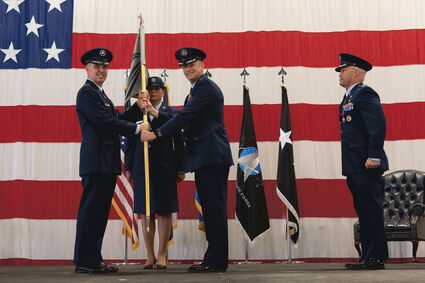 Space Base Delta 1 held its change of command at Peterson Space Force Base on July 11.

Prior to taking command of SBD 1, Hanson was the National Reconnaissance Office senior field representative to U.S. Space Command. He was responsible for representing the director of the NRO in senior-level issues and delivering full-spectrum solutions and capabilities to the combatant command. Hanson also previously served as the commander of the 821st Space Base Group, Thule Air Base, Greenland.

"I am humbled and honored to have the opportunity to lead such a great organization," said Hanson. "To the men and women of Space Base Delta 1, the entire nation depends on what each and every one of you do every day to ensure continuous space operations at all of our global sites. We are one team."

After Lt. Gen. Stephen N. Whiting, commander of Space Operations Command, passed the colors to Hanson, he took a moment to reflect on Warakomski's time as SBD 1 commander.

"Shay, I want to commend you for all you have done for SBD 1," said Whiting. "Through the rebranding, renaming and reorganization, you and your team never lost sight of the mission and continued to improve the culture embracing your motto of: this is family business." 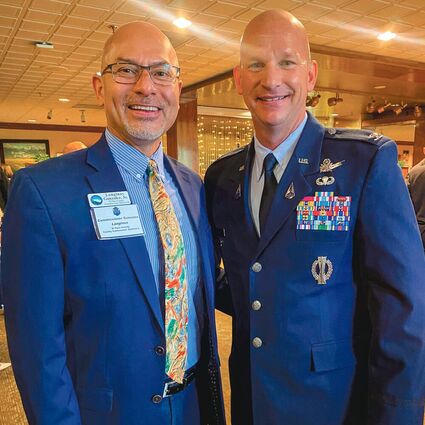 Warakomski added that the command team's focus remained on the personal and professional needs of the people they served while he was in command.

"It has been the honor of my lifetime to command and lead you," said Warakomski.

Warakomski will be heading to Vandenberg SFB, California, to serve as the deputy commander of the Combined Force Space Component Command.