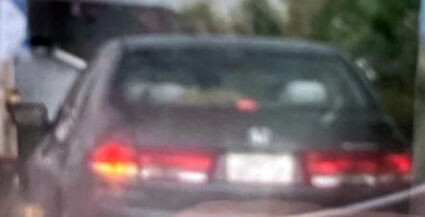 Police say the suspects fled in this Honda sedan.

Fountain Police are searching for suspects in a July 20 robbery and shooting in the Heritage neighborhood.

At approximately 3:40 p.m., FPD officers were dispatched to the 900 block of Legend Oak Drive in reference to an aggravated robbery that included gunshots being fired. Before officers arrived, they were informed the suspects fled the area in a dark grey Honda sedan with a Colorado temporary tag. The vehicle may have minor rear-end damage.

FPD officers, members of the D.I.C.E. Team and Investigations Unit, located three adult victims and multiple shell casings in the area. One of the victims had a minor non-life threatening wound from the shooting. 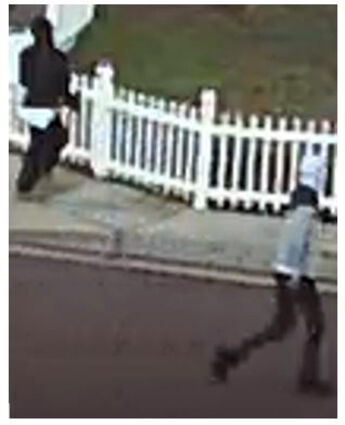 Detectives recovered a handgun along with clothing worn by the suspects. The two juvenile suspects (one of which is a two-time convicted violent felon) were arrested and booked into a juvenile detention facility on the following charges: Attempted 2nd Degree Murder, Aggravated Robbery, Menacing, Possession Weapon by Previous Offender, Possession of Handgun by Juvenile and Theft.

If you have any information about this incident, please call Detective Levi Kleeb at (719) 382-4255. To remain anonymous, contact Crime Stoppers Tip Line at (719) 634-STOP (7867) or http://www.crimestop.net. If your information leads to a felony arrest, you could be eligible for a cash reward.