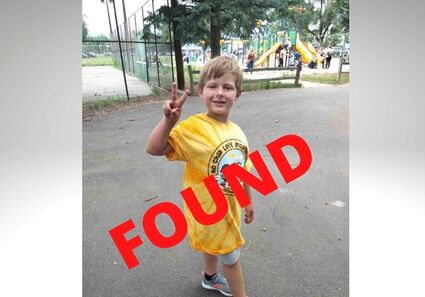 A 7-year-old boy missing in Fountain was found Sunday afternoon, but questions remain about what happened during the hours he was gone.

"This is still an active investigation, and there are multiple persons of interest in this case," Fountain Police Department Public Information Officer Lisa Schneider said in a news release.

Police first posted about Ashton Laymon around 10:30 Sunday morning, saying he had last been seen Saturday, July 30, around 5:30 p.m., around 800 South Santa Fe Ave in Fountain, the location of Chancellors Mobile Home Park.

Once FPD announced Ashton had been found around 3 p.m. Sunday, no other details were offered about his location or condition other than "he is safe and is currently with FPD officers." More details were expected to be announced on Monday.

The case generated much discussion among residents, with some claiming that the boy had been sighted with a homeless man near the 7-11 on South Santa Fe.