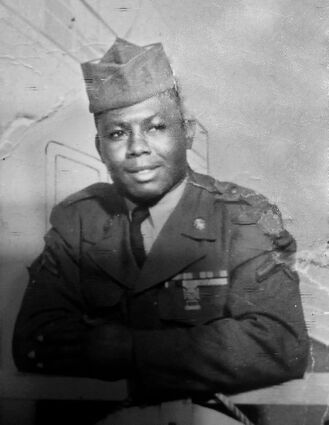 Paul J. Williams, beloved father, grandfather and uncle. Mr. Williams served 20 years in the United States Army. He joined the Army at the end of World War II. He received the World War II service Ribbon. Mr. Williams is a veteran of the Korean War, and served two tours during Vietnam. He is also a retiree of Civil Service.

Born June 2, 1927, in Vicksburg, Mississippi, he passed on  July 21, 2022,  in Haslet, Texas, with his daughter Sandra Williams and son Carlos Woods present.

Survived by son Carlos F. Woods and daughters, Vivian Yvonne Williams and Sandra Faye Williams. They had another son, Jerome, who died at an early age. Paul and Christine adopted the Taylor family after the passing of their father and mother, Mr. and Mrs. James Taylor.

Paul Williams was a resident of Fountain, Colorado, 1964- 2015. In 2015 Paul and his wife Christine Williams relocated to Fort Worth, Texas.

Fond memories and expressions of sympathy may be shared at http://www.Dove-Witt.com for the Williams family.