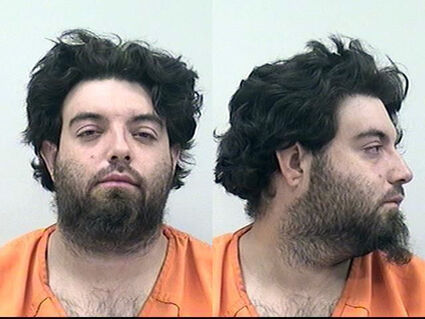 A 7-year-old boy missing in Fountain last weekend was found Sunday afternoon, and a Fountain man has been arrested for his alleged kidnapping.

Fountain police responded to the area where the child was last seen early Sunday morning and started searching. He reportedly had last been seen at 5:30 p.m. Saturday in the area of Chancellors Mobile Home Park along South Santa Fe Avenue.

"It was learned through multiple witness interviews that Ashton was seen alone at several different homeless encampments and businesses in the surrounding area during the past few days," FPD Cmdr. Mark Cristiani said in a news release. "Saturday afternoon it was learned Ashton was last seen with an individual later identified as 28-year-old Kristopher Lockit and another adult male."

Detectives located Lockit near the area of Marksheffel and Woodmen roads, where they found him "in possession of" the boy.

"Upon detectives' arrival, it appeared Ashton was unharmed," Cristiani said.

Lockit was arrested and booked into the El Paso County Criminal Justice Center on felony charges of Kidnapping, Contributing to the Delinquency of a Minor, and one misdemeanor count of reckless endangerment.

Ashton was taken into protective custody by Fountain police. The Department of Human Services (DHS) was notified and responded.

"Against the recommendation of the Fountain police, DHS placed Ashton back in the home with his mother, 34-year-old LaAmber Miller," Cristiani said.

FPD said she was issued a criminal summons for child abuse based on circumstances surrounding her son's abduction and information gained from witnesses. At this time, the other adult male has not been charged, but the investigation is ongoing.

On Sunday morning before FPD requested the public's assistance in the case, officers had been searching the area for a couple of hours and had not been able to locate him.

Once FPD announced Ashton had been found around 3 p.m. Sunday, no other details were offered about his location or condition other than "he is safe and is currently with FPD officers."

The case generated much discussion among residents, with some claiming that the boy had been sighted with a homeless man near the 7-11 on South Santa Fe.