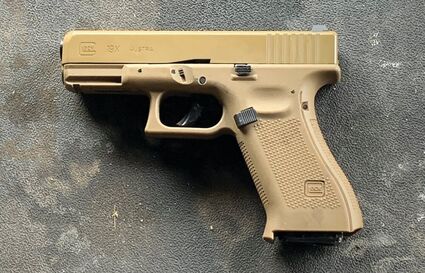 Some of the weapons confiscated from the homeless camp are shown in these two photos.

Between July 26 and July 27, members of the El Paso County Sheriff's Office, as part of ongoing efforts, engaged with members of a homeless community in an unincorporated area of the county along the Greenway Trail near East Las Vegas Street and the Circle Drive overpass. 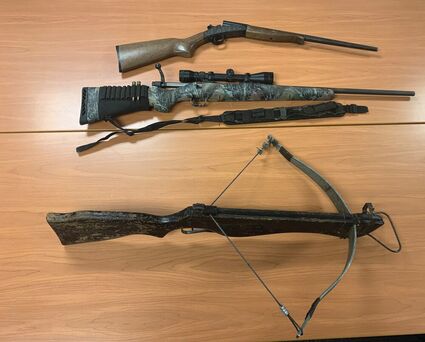 "Our purpose on this day, and always in this context, was three-fold:  to interact with our neighbors who are experiencing difficult times, to educate them on and direct them to available resources, and to mitigate any criminal activity occurring in these communities," an EPSO spokesperson stated in a news release.

As a result of the engagement, numerous citizens in need were provided information on community resources by EPSO personnel.  Additionally, deputies made a number of arrests of persons wanted on outstanding felony and misdemeanor warrants.  A number of dangerous and unlawfully possessed weapons were also seized from the area, to include a crossbow, a shotgun, a hunting rifle carbine on which was mounted a scope, and a handgun.  Ammunition for these weapons was also recovered.