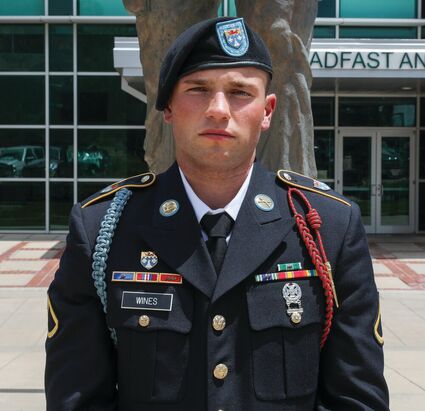 In search of the 4th Infantry Division's Noncommissioned Officer and Soldier of the year, Soldiers across the Ivy Division competed for the title.

The Soldiers had to balance work while training to compete and become the next Soldier/NCO of the year.

The two-day competition required Soldiers to complete the Army Combat Fitness Test, an Obstacle course at Mabry Mile, a swim test, a weapons skills test, land navigation, medical lanes, a 12-mile ruck and a board.

All of the competitors consisted of the winners of Soldier/Noncommissioned Officer of the Quarter for all four quarters throughout the year.

Even though all competitors had to train intensely, there can only be one Soldier of the year and one NCO of the year.

Wines graduated Basic Combat Training and became an infantryman in July 2020 then he came to Fort Carson as his first duty station. Moving forward Wines plans to go to Ranger school to earn his tab.

The competition required junior Soldiers and the NCOs to compete alongside each other.

"The competition was good, the NCOs kept me on my toes, they motivated me to put my all into everything," said Wines. 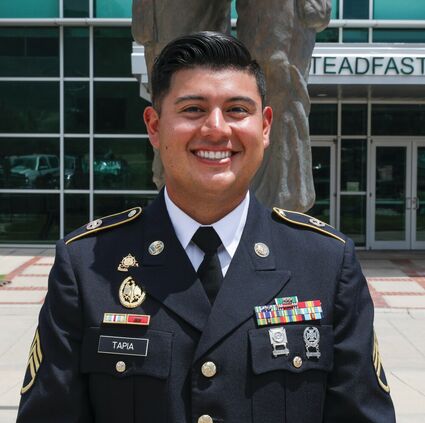 The new NCO of the year faced intense competition but was excited after coming out victorious.

"I'm feeling emotionally high," said Tapia. "All my preparation and my hard work I've done within the last two days was worth it and I'm really happy."

The competition tested competitors' aptitude through the board interviews, Army Combat Fitness Test, and other Soldier tasks and drills relevant to the Army's operating environment.

The two-day long event was both physically and mentally draining however, all of the competitors displayed strong resilience throughout the entire competition.

"The competitors showcased different strengths and weaknesses and I've learned as I competed alongside them," said Tapia. "Overall, I was happy to show the board that I was the NCO of the year."