Hearing the truth about ourselves

Clay Center, Kansas - Politicians, business people, church leaders, parents. Everyone has an agenda. Things they want to do, places to go, goals to achieve. Let me ask, when your mind is set on going or doing something, would you be willing to hear an alternative view? And what if that view, could save you from unforeseen perilous consequences? Would you listen and change your plans?

This is illustrated in a story about two Kings. They were Kings Jehoshaphat and Ahab. Ahab asked his fellow king from the north to join with him in fighting a common enemy. But before deploying, King Jehoshaphat requested they hear from God on the matter. Ahab then summoned 400 spokesmen for God, and they all gave an identical word encouraging the kings to proceed, "Go up, for the Lord will give it into the hand of the king." (1 Kings 22:6) Sensing something odd about the unified response, Jehoshaphat asked if there was at least one other minister of God in Ahab's kingdom they could hear from. There was. Micaiah. The very thought of him caused Ahab to angrily comment, ". . . I hate him, for he never prophesies good concerning me, but evil." (1 Kgs 22:8)

Even so, the king issued an order to go out and bring him in. The king's servant who did, firmly briefed Micaiah on what he was supposed to say, "Let your word be like the word of one of them [the others], and speak favorably." (1 Kgs. 22:13) When it was Micaiah's time, he did as instructed. However, King Ahab knew him too well, "How many times shall I make you swear that you speak to me nothing but the truth in the name of the Lord. (1 Kgs. 22:16) Finally, Micaiah courageously spoke, declaring God's word on the matter, ". . . let each return to his home in peace." (1 Kgs. 22:17) Micaiah said the opposite of all the others. His message from God was to not proceed forward with the battle. But this was not what Ahab wanted to hear, so he arrested Micaiah and ordered him to be thrown in prison. Then Ahab went off to battle, and even though he disguised himself, he was killed. Micaiah's word proved true despite how he stood all alone and was cast into prison.

It is in our nature to avoid hearing the truth about situations we are in, or decisions we are considering, especially if our conscience is bothering us. Why? Because like Ahab, we have an agenda, and hearing the truth, like God spoke through Micaiah, is disruptive to that. For it is built upon our personal desires, beliefs and passions. And if these are corrupt, evil and deceptive, then following God's truth might mean things could come to an end or get dramatically changed. Therefore, we stubbornly resist.

Do you want to hear the truth? Let us be honest, hearing it from some bold source, can be upsetting. However, even though God's message is humbling, it is intended for our good. And the good could sometimes lead to saving our lives or the lives of others; both physically and spiritually. If Ahab would have listened to God's message, he would not have been killed. Disobedience cost him his life. 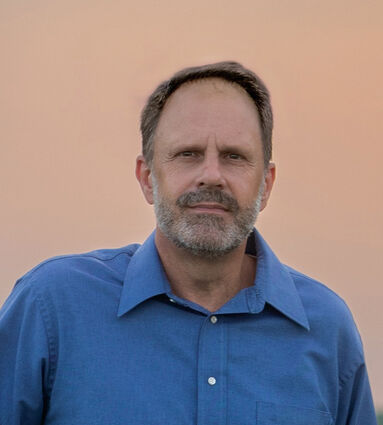 Whatever you are facing be a seeker of truth. And the first truth someone might need to hear is this; no matter how good you think you are or how you justify your behavior, you are living in disobedience to God. And if you persist in this, you will face the anger of God. Jesus came to die on a cross and take the wrath of God upon Himself for you. Then He rose again in victory, in order to give you that victory. That is mercy. Not treating you, as you deserve. Trust in Him with all your heart this very hour.

A prayer for you – "Lord God, help us to face the truth about ourselves. Send us people that will be bold and tell us what we need to hear. Then humble us so we might respond to what you say through them and be changed through Christ. In Jesus' name. Amen."