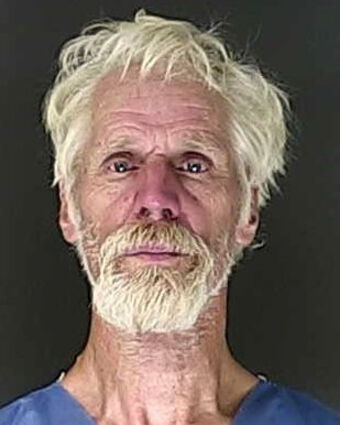 On Aug. 15, Fountain Police Department officers were dispatched to the 9000 block of Squirrel Creek Road for a reported overdose. Officers arrived on scene and found a deceased adult female.

Officers learned the address was within the jurisdiction of the El Paso County Sheriff's Office and requested EPSO detectives to the scene.

The suspect has been identified as 62-year-old Dennis Hase. He has been arrested and booked into the El Paso County Jail on the charge of first-degree murder.

Hase was last in the news in December 2021, when he was arrested on charges of Sexual Assault, Assault in the Third Degree, and Soliciting for Prostitution.

At that time, police responded to the 9500 block of Squirrel Creek Road following up on reports of a harassment that had occurred at a different location in Fountain. Upon arrival, officers observed an adult female who had swelling and bruising to her face. After further investigation, officers determined the female had been sexually and physically assaulted. Hase was identified as the suspect. However, there are no records of the outcome of that case.

Law enforcement personnel have described Hase as a sexually violent predator. He has had several known addresses in Fountain and the surrounding area.