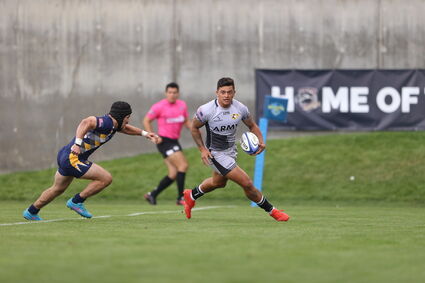 The Armed Forces Championship and RugbyTown 7s tournaments are held in conjunction with one another by the city of Glendale.

"We are fortunate to be able to train at Fort Carson and work with the World Class Athlete Program," said Will Holder, head coach, All Army Rugby. "It's two weeks of intense training, bringing Army players from all over the world to get everyone on the same page and playing as a team."

Having never played together as a team, the training camp would provide the 21 players with the fundamentals to be successful at the tournament.

"This team is incredible," said Aaron Retter, team manager. "The brotherhood we form in such a short time frame, and the level of trust we form on the field with one another is remarkable."

The team, comprised of active-duty, Reserve and Guard Soldiers, represented All-Army Sports, a program offering short-term opportunities that last between four days to three months, depending on the sport and competition.

"I take pride in being a part of the team," said Michael Melendez Rivera, a wingman on the All-Army Rugby team. "Being a part of something like this reminds you that the Army is such a large family."

Army came into its first two matches of pool play securing a 2-0 record over Navy and Coast Guard, not conceding a single point, and picking up a 74-point differential. Having punched its ticket to the Armed Forces Championship match, Army clashed with Navy, who looked to defend its 2021 title. Army took an early lead in the first half, and held momentum to defeat Navy 27-7, securing the RugbyTown 7s armed forces title for the eighth time in 10 years.

Sevens is the rugby variation seen at the Olympics and is comprised of seven players on a field per team at a time, played in two seven-minute halves. In rugby, the ball is passed from player to player backwards or sideways until a player reaches the goal line, scoring a try, or by touching the ball down in the goal area. A try is worth five points and is followed by a two-point conversion kick attempt. Kicking the ball or running with the ball are the only ways in which players can move the ball forward.

"The thing that makes me most proud of this team is having Soldiers from all over, from every walk of life, having different backgrounds, specialties and ranks," said Holder. "It's a great opportunity to come together and be a team and showcase what we can do on the rugby field." 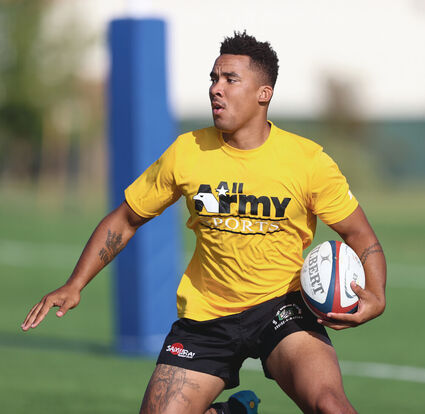 Having secured the Armed Forces Championship, Army next met the Ramblin' Jesters, the 2019 RugbyTown 7s champions, in the quarterfinals. Army ultimately lost to the Jesters 14-0, ending the tournament.

Despite fierce competition between service branches and other teams, the main mission for the All-Army team is to continue to grow the rugby program. The All-Army Rugby team is always looking for new players to add talent to its growing roster.

"If you're an athlete, or a Soldier that's looking to branch out and compete, consider All-Army Sports," said Melendez Rivera.