Event remembers those lost in Global War on Terror 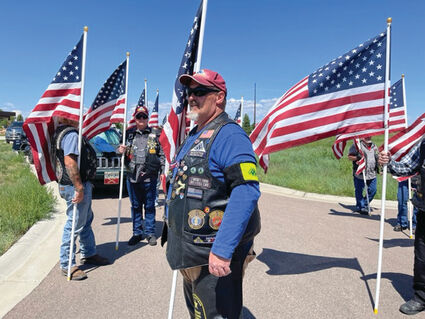 Local veterans groups, military and members of the public attended a ceremony on Aug. 24 at Pikes Peak National Cemetery to honor and remember all those lost as part of the Global War on Terror. The Ceremony was an event by Task Force Tribute, a veteran-inspired journey of remembrance, honoring the 7,074 military members lost during combat operations since 9/11. One mile is traveled for each service member lost.

As the joint service team embarks upon a journey that will cross America, it will collect and memorialize the priceless stories so many of our military members, veterans, and fellow Americans hold dear - those of loss, success and the many struggles and triumphs that will remind us that Americans have far more in common than we have differences.

While others lead the noble effort of building a physical monument for the Global War on Terror (GWOT), the ambition of Task Force Tribute is to construct a living memorial. 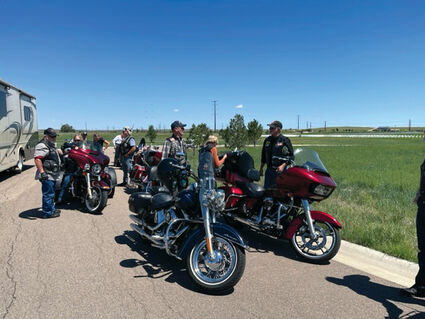 "Instead of bricks and steel, our monument will be built with the stories and perspectives from veterans and their families that will evolve and grow as people contribute and memorialize their experiences," organizers said.

Veterans were invited to record messages or memories at the caravan's mobile studio set up at the ceremony.

The group started their journey in Lansing, Michigan, on Aug. 21, and will cross the United States with planned and unplanned stops before reaching the final destination in Washington, D.C.

To learn more about this program, visit https://www.taskforcetribute.org.

Stay up to date with events at this veterans' cemetery: https://www.facebook.com/PPNCSC