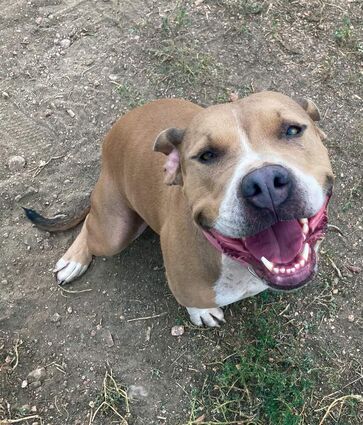 Wow, it's been really busy over here at what my husband labeled The Bohemian Paradise, nearly five years ago. I had been looking for a smallish dog and consulted many, many rescues, for months. He couldn't be too small, though. (For one thing, I have cats, which I know is scandalous to say – both species would object strongly.) I was looking at really far-flung places, if necessary, because some will transport or meet halfway. But then a pup showed at the humane society. They diagnosed him as FAS, which is a spectrum denoting fear, anxiety and stress. His human had passed away, and three dogs were found loose. The write-up seemed endless about how badly he was doing and most likely would do, but how could I be anything but an old hat at this sort of situation? So I was going to foster – not as a general foster, but for this specific puppy (a puppy age 6). To make a long story short, they called the next morning to say he was doing a bit better and would be for adoption instead, and that was fine with me, though I'd never seen him, just a picture showing him to be as high as a seated person's knee, but I didn't know how tall the person was, how long her legs. When I did get in, I saw a precious being! He was visiting in a workstation, not exactly working, and yet it IS work to pull through your fears and so forth. He has white spotty paws, big freckles on nose: tricolor, mostly black, with wavy shiny black fur for the most part, and small, at 37.5 pounds.

Everything went so smoothly (we got in by appointment) that I said to my (human) companion, I'm waiting for the other shoe to drop – and drop it did: kennel cough, all the symptoms, and also gastric distress (bloody diarrhea). In short, it was necessary to make a lot of calls to see who could get him in, which vet. No one – for weeks, until they could, and quickly! Kennel cough can resolve just fine on its own, but can come with a secondary infection; antibiotics are needed. I have two other dogs and the cough is highly contagious (though not to cats). We were washing constantly, changing clothes, keeping the animals separate – absolutely separate – they're not even supposed to be near a fence line, across from one another, or separately. The virus can live on grass – anywhere the animal breathes. Ugh. Not fun. He and I spent enormous amounts of time cuddling in the crazily crowded room where he slept, we swung on the porch swing (once in the rain: yes, swingin' in the rain), dozed on a quilt on the porch. All this was necessary and good for his state of being and for bonding. I had to alternate with giving the others attention. It was, in its way, exhausting – moreso emotionally than in any other way. True confession: I had thought at first they could be in the yard together and did that once or twice – but no! That's covid! And IF one is at a distance. Try separating established dogs and a new one from checking one another out; not happening. So that ended immediately. Finally! Yesterday they all got to be together – whew!

I did not like having to do all this (washing a lot of clothes too) – but the silver lining was the others saw him for 9 days through a glass door, through the fence – I made them keep a distance, and running through house to go outside to pee (I was supposed to continuously spray disinfectant – Lysol – on floors and furniture – anywhere he breathed, but gave that up quickly; it was making me sick.) Once they were introduced, it was in the yard, away from bowls, prized furniture – and toys were picked up previously – and everyone is doing great. Willow is a little jealous of the couch (like Sheldon from "Big Bang Theory," she hoards her spot), but that's it. So that's the story.

Note: if you adopt from AARF or Tumbleweed (TW) or another rescue (TW is mainly a groomer and boarder), the dog most likely will have the Bordetella vaccine and will not have the cough. So that's a plus. My two girls have had the vaccine, but they were still susceptible (which is maddening). It's best to get the vaccine anyway, in case you go to a dog park or meet other pups along the way on a leash. As always, talk with your veterinarian about best practices.

AARF STILL has Paris. We need a miracle! Paris is best as an only dog. And TW still has a lot of German Shepherds and mixes through Front Range German Shepherd Rescue. Please see AARF Colorado on Facebook, and also Tumbleweed Country Kennels. See website below.

NOTE: No adoption fair this coming weekend. Ordinarily, AARF holds adoption fairs at Petsmart on Powers SUNDAYS (this is a change), 11-2: 2965 N New Center Pt., Colorado Springs, CO 80922. PLEASE CHECK the website/Facebook for any updates (such as inclement weather. Sometimes the fair is right here in Fountain at Tumbleweed Kennels). More info: Julie at 719-375-1200 or Cathy at 719-761-5320. Email: [email protected] or [email protected]