Suspect wanted after lockdown in Fountain 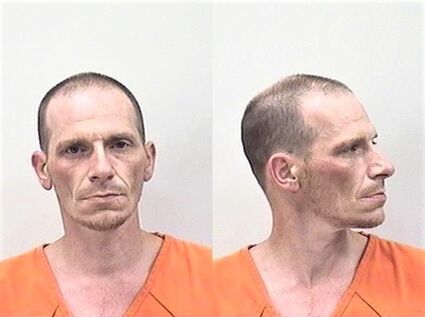 A suspect is still at large, but residents in a Fountain neighborhood were told Tuesday evening they could return home after an hours-long lockdown that began early that afternoon.

Residents near the 600 block of Autumn Place, just west of Fountain Mesa Road, first were alerted to a heavy law enforcement presence and a notification to shelter in place around 2:30 p.m. The alert was lifted just after 8 p.m.

"The area of Fountain Mesa and Autumn Place is clear now and residents can return home," Fountain Police Public Information Officer Lisa Schneider said at 8:30 p.m. "The suspect FPD was looking for was not located."

Please call FPD or Crime Stoppers if you have any information on this case or know if Bicknell's whereabouts.

A woman who identified herself as the resident of the home and the mother of the suspect has taken to social media with lengthy complaints about the ordeal. She says her son was not home at the time police had the place surrounded. She also blames her daughter's boyfriend for telling police the suspect was high on meth, and that it was misinformation.

According to his own Facebook posts, Bicknell appears to have a strained history with Fountain PD.

Witnesses said police deployed gas munitions into the home a few hours into the situation. Broken windows were visible afterward.

Needless to say, there are a lot of unknown details at this time, and Bicknell remains wanted. Police have not released any further details as of Wednesday morning.

The incident has sparked a lot of discussion among residents about why they did not receive alerts about the police activity. Fountain Police Department and the city posted notices about the situation on their social media pages early on. Also, some residents received emergency alerts to their phone numbers or through mobile device apps. 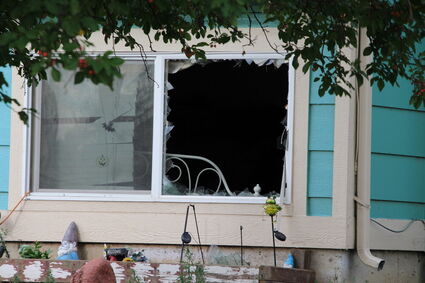 A broken window is visible at the house on Autumn Place where the incident took place.

As a reminder, residents can sign up for Peak Alerts, notifications sent through a software called Everbridge by public safety agencies in El Paso and Teller Counties. Peak Alerts notify you of emergency situations that are a threat to life or property and are deemed dangerous by public safety officials. Emergency situations may include, but are not limited to, natural or man-made disasters, hazardous materials incidents, missing persons, law enforcement activity impacting the public, and evacuation orders. Alerts generally go to registered users within a certain radius of the incident, not city- or countywide.

To receive these alerts, you must register at peakalerts.org. You can register up to five addresses and enter your contact information to receive alerts by text, phone call, and email. Creating an account is simple and only takes a couple of minutes.

Also look for the Everbridge app for your smart phone or mobile device to receive alerts through the app.