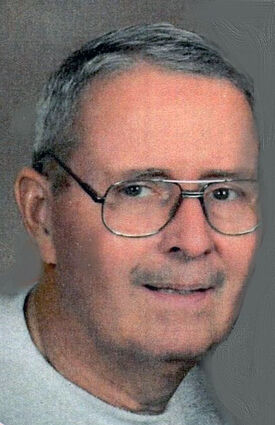 His memorial graveside service will be held on Saturday, October 1, 2022, at noon at the Crete Cemetery, Crete, Nebraska, with Rev. Matt Taylor. Fond memories and condolences may be left at http://www.dugankramer.com.

Jerry was born on August 31, 1942, in Holyoke, Colorado, to Merle and Marie (Smith) Taylor and received his early education in Chase County, graduating from Imperial High School. He graduated from Chadron State College in 1972. After graduation, Jerry was hired by the State of Nebraska for a short time to inspect restaurants in 11 counties in Northwest Nebraska Government.

He worked as Director of Scotts Bluff County Health Department before moving to Colorado to work for the Department of Defense at Fort Carson, Colorado, for 23 years, retiring in 2008.

Jerry married Donna Matson on November 18, 1964, in Sterling, Colorado and made their home Colorado Springs, Colorado, for many years before moving back to Scottsbluff in 2021.

Fishing and hunting were his first love, spending many hours at Lake Ogallala camping and boating. He received a Master Angler award several times for many different kinds of fish.

Jerry was President of a Seven State Mosquito and Vector Control Agency for several years. He started the Mosquito fish control in the swampy areas around Scotts Bluff County.

He was a member of the First United Methodist Church in Fountain, Colorado.

Friends and family will miss his smile and dry sense of humor and most of all his fishing stories.

He was preceded in death by his son, Merle Dean Taylor, and his parents, Merle and Bonnie Taylor.

Lunch is being served at Morning Star Restaurant in Imperial, Nebraska, following services; please join the family to eat and visit. Jeans and cowboy boots are appropriate to wear.