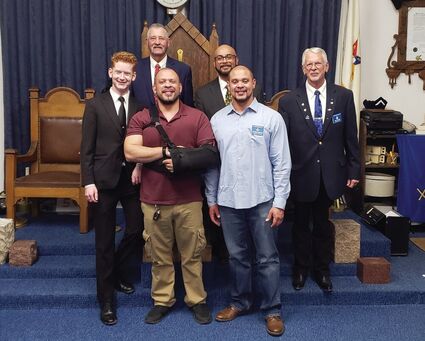 On Sept. 20, familial brothers Alex Valentin (front row on left) and Daniel Valentin (front row on right) were initiated into the Degrees of Masonry thereby becoming Masonic Brothers as well. Both Alex and Daniel are retired U.S. Army. They both originally petitioned to become Masons back in 2014, but due to their military commitment were unable to start the journey until now. Back row, from left, are Jim Wiley, Dick Stewart, John Reinking, Bill McKee.