I-25 grass fire leads to arrest 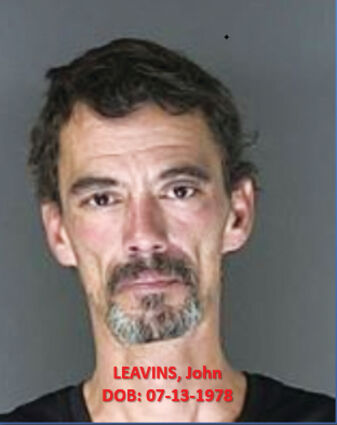 A grass fire off of southbound I-25 south of Pikes Peak International Raceway near Fountain on Thursday resulted in one arrest.

Here is a statement from the El Paso County Sheriff's Office:

"On September 29, 2022, just before 1:00PM, the El Paso County Sheriff's Office Dispatch Center began receiving multiple 911 calls from motorists in the area of southbound I-25 and mile marker 119 in unincorporated El Paso County reporting a man was starting fires in the grass along the side of the highway. Multiple El Paso County Sheriff's Deputies and engines from the Fountain Fire Department immediately responded to the area and there located and quickly suppressed a small grass fire."

"Based on information provided by the 911 callers and a witness on scene, Deputies were able to locate and arrest the suspect nearby identified as John Leavins, DOB: 07-13-1978. He was later booked into the El Paso County Jail for the charge of 4th Degree Arson. His booking photo is attached to this media release."

"The Sheriff's Office would like to thank the Fountain Fire Department for their quick response to and suppression of this fire before it could spread in the dry grass and vegetation in that area. We additionally would like to thank those who called 911 and provided the detailed suspect information with which our deputies were able to make a quick arrest, possibly preventing him from continuing these acts and further endangering the public."