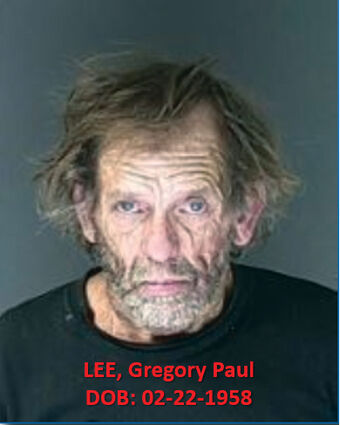 On Oct. 10, just before 2 a.m., El Paso County Sheriff's deputies, along with the Stratmoor Fire Department and numerous other fire agencies, responded to a large fire in a homeless camp near B Street in unincorporated El Paso County.  Several RVs and other motor vehicles were found to be engulfed in flames. Numerous residents of this homeless camp identified to deputies a person they believed was responsible for setting the fire. That person was not located at that time.

Just before 6:30 that morning, the Sheriff's Office Communications Center received a 911 call reporting a man who appeared to have been shot behind a business a short distance away from the fire scene along B Street. Upon arrival, deputies discovered an adult male with at least one stab wound to his chest.  Deputies performed life-saving measures, but he died on scene.  This man was described to be the same person witnesses reported for setting the fire. He was located on private property known to be frequented by homeless individuals.

Detectives with the Sheriff's Office Investigations Division responded to the scene and began to investigate.  Multiple witnesses were interviewed and a person of interest was identified.  As a result of this investigation, Gregory Paul Lee was arrested and later booked into the El Paso County Jail on Oct. 12 on the charge of first degree murder.

The El Paso County Coroner's Office has identified the victim as 49-year-old Jose Delgado-Diaz. The cause and manner of death will be determined by the Coroner's Office.

"The Sheriff's Office would like to thank the Stratmoor Hills Fire Department, as well as the other fire agencies, who quickly responded to suppress this fire that could have escalated and threatened more lives and structures," an EPSO statement read. "We also extend our sympathies to those who lost their possessions."

"We remain committed to protecting our community and to serving our most vulnerable citizens such as those who are experiencing homelessness."