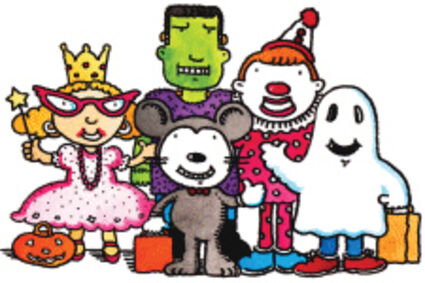 I was out and about last night when I realized I had yet again transformed into another alter ego, so to speak. I was a fairy godmother. I was sparkled up and had glittery hair with a very agreeable demeanor. I was accompanied by a woodland fairy sprite, also with a very agreeable nature. We were tasked with giving candy to children who were dressed up in costumes and walking through a parking lot where cars were parked and giving them candy. We, of course, had our car open for business, too. We had buckets of treats both sweet and savory and had adorned our car with pink chiffon and lace with a few scattered flowers, fairy lights, and pumpkins. Kids happened along so happily and engaged in conversation with us so eagerly.

But sadly, most did not know what to say when met up with someone holding buckets of candy that they wanted to sink their tiny teeth into at a Halloween event. They would bounce up and say "Hi" with a giggle. I would generously bounce back with "Well hello Dear, you look lovely" or "handsome." I was in character, of course. Without fail, they replied with, "Hello." So I would give another greeting and they would return it... This could have gone on forever. I would finally ask them if they just wanted to take the time to look at one another or did they have something they wanted to say or ask me ... or my fairy assistant. At that point they might say "Happy Halloween" I would return the sentiment and wish them happiness. Finally, the adult in the group would whisper in to the ears of pirates and princesses ... They would then pop up with grins and shout "Trick or Treat!" Without fail that would get them a fist full of candy from the bucket and possibly a flying butterfly released from my hands and a flash of my magic wand. My wand lit up and the butterflies were these cool wind-up rubber band and paper things with beautiful designs on them, they would fly and flop through the air much like a short flight of a butterfly going from flower to flower. Little girls looked amazed and watched them... little boys had to catch and master these things.

Of course, there were kids that engaging in conversation was difficult or being in that environment was overstimulating or they were nonverbal kids and then the parents would gather up the candy and be sent off with warm wishes of love and light. These are kids I am drawn to.

I did have a kid come up to me and claim I was a witch last week... To which I replied... "I always remain cordial and never cross, I am a Fairy godmother after all." ... He looked confused and looked at his mom... (I did recognize them from our movie in the park where I played a witch.) His mom shrugged, he looked at his little sibling and said, "Okay, never mind, ...um Trick or Treat please." This was the sweetest thing to me, he did not want to ruin the fun for the little one so he stopped asking...but he knew. I had adults who also recognized me in other groups that would say hello and refer to the movie in the park; I would tell them that the witch they met was my sister: "I am a Fairy godmother!" with a proper tone.

Every Cinderella that came to trick or treat was asked if she remembered me, because I turned that pumpkin into a carriage for her... "How is your life with the prince now?" I would ask. ...one little girl did remember; I lost it and began giggling.

This is what I have missed from Halloween! There is no trick or treating out here, just our trunk or treat. We had maybe 10 or so cars, but they went all out and made it fun... great weather again. I will have you know, I did this all without my trusty steed, coffee...I forgot to bring any...but it was such fun!